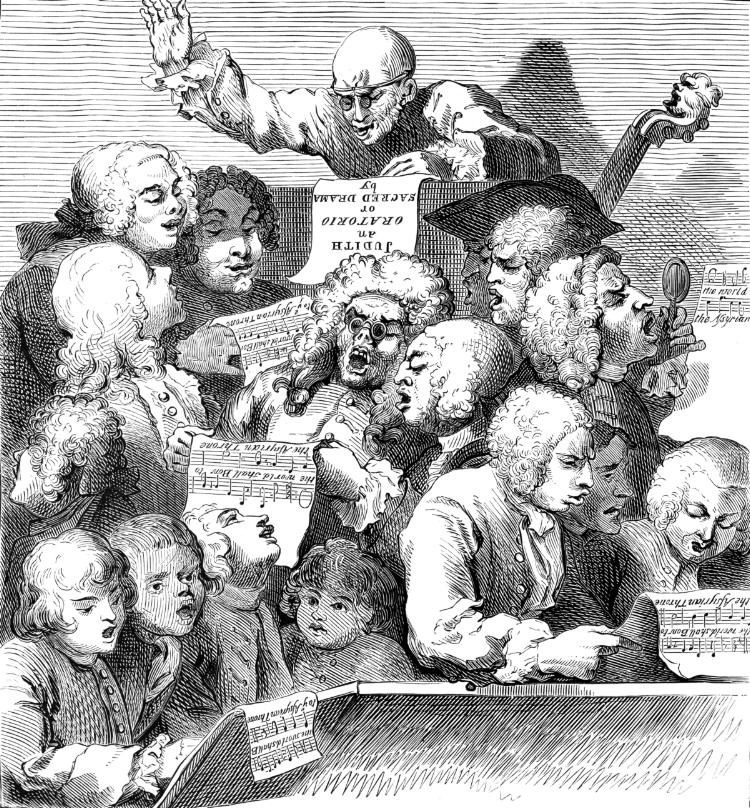 My thoughts on historically informed performance: what gets me excited about it, and what I think is, and isn't, important when I listen to baroque music.

I’ve always assumed that I inclined towards the purist end of the scale when it comes to the vexed question of historically informed performance, but several things recently have made me think again, so I thought it would be worthwhile setting out my stall, to clarify my own thoughts and to give myself some guidelines for reviewing.

The movement towards studying and re-creating historical performance practices really took off in the late 1960s and early 1970s; as a recent article in Early Music Today pointed out, a number of the iconic early music groups who are so much part of our musical landscape today are celebrating their 40th birthdays, and John Eliot Gardiner has just celebrated the 50th anniversary of his ground-breaking performance of Monterverdi’s 1610 Vespers. I like to think that the early music movements of the time were similar in spirit to the wilder experiments going on in popular culture – a chance to break boundaries, question established habits and to bring bold, shocking new sounds to the concert hall. And like the long-haired rebels, the early music movement is all grown-up and respectable – there are degree courses, superstar groups and soloists, festivals galore and recordings that regularly take major international music awards.

When it comes to historical performance, my particular interest is in baroque music, as a performer and a listener, and that’s where I’ll be focussing this blog post, but the idea of historically informed performance has stretched forward, through the 19th century and even the 20th centuries – “period instrument” Beethoven is now common, a few conductors have tackled Mahler, and of all the things I wished I had seen at last year’s Proms, François-Xavier Roth’s performance of Stravinsky’s Rite of Spring on instruments of 1913 was high on my list. (Watch it here on on You Tube – it’s raw and thrilling).

So as I said, I thought I was a bit of a purist, something that comes mainly from a fascination with old instruments, a nagging desire to “do things properly” and grumpiness in my youth at seeing the rare recorder showpiece works like the Brandenburgs being played on flutes (happily this doesn’t happen so much these days). The instruments themselves are, without doubt, of the things that makes me tend towards choosing historically informed performances over those using modern instruments. I love the soft, mellow tones of baroque wind and string instruments in the hands of really good players, or the mournful twang of a theorbo; and there’s no substitute for the unique sound of things like the oboe da caccia or the viola da gamba in Bach’s sacred works. I also get very excited about Baroque trumpets – it’s not just the brilliant silvery sound, but the knowledge of how incredibly hard they are to play, and my admiration for the people who play them adds an extra thrill (I speak with the vast authority of one who has grade 4 trumpet). I can also be confident that when I hear baroque instruments played really well, then the performers probably know what they’re doing, and I can safely assume that they have made informed stylistic decisions. It’s unlikely that anyone who has the dedication to learn how to make the notoriously temperamental baroque oboe sound beautiful, or to master the technique of natural brass instruments, will have done so without a great deal of associated study. That said, I was very moved last week by a performance of two Bach flute sonatas, played on modern flute, with piano, and it was a gentle reminder to me that it’s musicianship, not the instrument, that makes a performance special.

One aspect of historical performance that I really don’t care about at all is pitch. People can tie themselves up in all sorts of knots about this – not long ago, I sat through some dreadful Bach, in which the conductor was so obsessed with playing at a particular pitch (A=460, I think) that it overrode all the practical considerations of that particular performance. The wind instruments were transposing – a point I’ll get onto in a moment – the strings had trouble staying in tune, and the poor singers sounded as if they had no sense of where the pitch was at all. In the 18th century, tuning was all over the place anyway: each region had its own standard, which caused no end of trouble for travelling musicians, and the absence of an over-riding standard suggests that it doesn’t matter that much. What is more important, I think, is fitting the pitch to the instruments you happen to be using. If you’re using baroque wind instruments tuned to A=415, then play the music at 415. Without even considering temperament (whether or not the gaps between each semitone are evenly spaced), instruments just sound different in different keys. On the recorder, to give an example from my own experience, the standard fingering for notes like B-flat and E-flat give a much darker timbre than, for example B-natural or F-sharp, simply because of the different sizes of the open holes and the general physics of airflow, so transposing a piece changes the colours dramatically. When you add singers in, there are other considerations of course – as an alto with a feeble upper register, I’m always very happy to sing at 415.

One area where I certainly have to compromise purist tendencies is the question of one-per-part Bach. I’m no scholar, but I understand there are strong arguments for doing it that way, and I’ve tried very hard to like it. Yes, I prefer to hear the Passions sung by smaller choirs who can nip round the semiquavers at a decent pace and create well-defined lines, and it’s good when the soloists are also in the chorus, or at the very least working in the same style as the choir, but when I listen to one-per-part Passions, I miss the contrast between chorus and solo movements, and the collective emotional power that comes from people singing together. There’s a selfish side too of course – there is so much pleasure and spiritual nourishment to be gained from singing Bach, and if one-per-part ever became the norm, most average singers like me would miss out. On the other hand, I’m also fascinated by the idea of the monster-Messiahs of the 19th century – what did it sound like in 1883 with 4000 singers and an orchestra of 500? Will anyone ever re-create that as a “nineteenth century historically informed” Messiah?

Last weekend, I went to a workshop on baroque ornamentation, led by recorder player Evelyn Nallen, which was another factor that fed into writing this article. As this has got rather long, I’m going to write up my notes from the workshop as a separate entry – but one thing she really wanted us to understand was that so much of what we do in music is a question of taste. Yes, there are conventions and practices that we tend to adhere to, and it’s important that we understand the things that composers left unwritten because they just assumed they would be done – they’re part of the music – but the final decision has to be, does my performance reflect what the music needs to say. What counts is the overall effect and the spirit of the performance and this is something I think French and Italian ensembles do particularly well, especially in dramatic music. If I’m after a spot of baroque opera on Spotify, I’ll always go for conductors like William Christie or Marc Minkowski because I know their performances will always be bursting with life and passion.

To finish – and to illustrate that last point – a video. This bit of Monteverdi, performed (on period instruments) with Philippe Jaroussky, Christina Pluhar and L’Arpeggiata is one of the most wonderful things I have heard in recent years. “Authentic” – absolutely not, but it’s brilliantly stylish and it shows just where we can go with early music if we don’t get hung up on academic details.

My thoughts on historically informed performance: what gets me excited about it, and what I think is, and isn't, important when I listen to baroque music.

PrevPreviousCrux Fidelis: The Clothworkers Consort of Leeds
NextDCYC Messiah soloistsNext
Music in Durham brings you classical music listings, previews, reviews and news for Durham, with a bit of random blogging thrown in. The concert listing pages bring together classical music events from across the City and the University, so whether you’re looking for a great concert to go to, or if you’re planning something and want to avoid clashes, this is the place to look.
Menu
Twitter Facebook-f Envelope