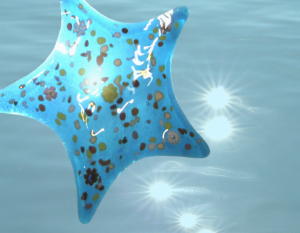 When I'm learning big pieces of music, I like to submerge myself in recordings so that I have a deep sense of how my part fits in with everything else that's going on. Normally, picking a recording is quite a straightforward process, but choosing which version of Monteverdi's Vespers to listen to has been a bit more of an adventure.

When I’m learning a big new piece of music, I listen to it obsessively, so that the whole sense of it sinks into my subconscious. I can’t play the piano beyond picking out chords so slowly that by the time I’ve found the next one, I’ve forgotten what the progression sounded like, so I rely on recordings to get the bigger picture, and to have something to sing along to when I’m practising really hard bits. Sometimes, I can think I have my part perfectly sorted, only to discover at choir practice that there’s something going on elsewhere to throw me off course, or, equally dangerous, that another part has something so amazing that I get distracted by listening to them.

Usually, it’s not too hard to choose a recording. I know which styles and conductors I like, and to some extent I can use Spotify to audition recordings before buying. With the Monteverdi Vespers though, it’s been a bit more complicated: there are so many variations in performance styles, pitches and orchestration, and none of the ones that I’ve listened to match exactly what we’re doing. Recordings seem to full roughly into two groups: there are those with St Mark’s Basilica as the imagined setting, with emphasis on grandeur and space; and those which place the Vespers in the more intimate surroundings of the court at Mantua where Monteverdi actually wrote them, and which emphasis the madrigalian lightness in the music. As a rough rule of thumb, I’ve noticed that a lot continental recordings opt for what we could call the Mantuan style, whilst English groups tend to go for the majestic Venetian sound – literally in the case of John Eliot Gardiiner, who made his classic 1990 recording in St Mark’s itself, and perhaps this disc has coloured those that follow. (I said English on purpose, because from what I’ve heard on the radio, John Butt’s new recording with the Dunedin Consort is firmly in the Mantuan camp). Then there’s the pitch, which as far as I’m concerned is handy for practising, but I’m otherwise not too fussed, although with the Vespers, it’s not just a case of the pitch, but also whether the lower or higher versions of Lauda Jerusalem and the Magnificat are used. 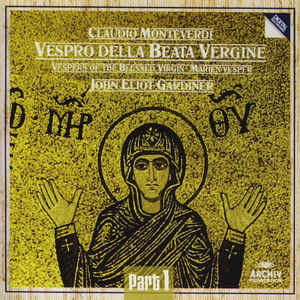 The relationships between tempi, however, are a seriously big deal in recordings of Monteverdi’s Vespers, and this has caused me more problems than pitch. Robert Hollingworth, who will be conducting us, has come to the conclusion through his research that one bar of triple time should equal one bar of double time, which effectively halves the speeds of the triple time passages. It took a bit of getting used to in rehearsal, especially, I think, for those who have sung it before and are used to the faster speeds, but now the fast triplets in most recordings sometimes feel a bit undignified. I’ve only come across one recording with slow triplets, thanks to my friend Anthony, another Durham Singer, who alerted me to a new release by La Compagnia del Madrigale, directed by Giuseppe Maletto in this very useful blog post (link here), but although useful for the tempi, and for the fact that the alto seems to be standing conveniently close to the microphone, this recording didn’t really excite me.

I bought the John Eliot Gardiner version years ago, and it is rather splendid, but I thought I should explore more recent recordings, so while I’ve been working my way around the offerings on Spotify, I’ve come up with a few criteria which sum up what I look for in the Vespers:

1) Instruments: I adore the sound of sackbuts and cornetts and the way that Venetian composers used them to enhance and complement the voice. I want really mellow sackbuts, and the velvetiest, sweetest cornetto playing: my test piece is the ‘Deposuit potentes’ movement of the Magnificat, in which a pair of cornetti echo each other, rather like the voices do in ‘Duo Seraphim’. The British ensembles seem to do this particularly well. I also like hearing a really beefy theorbo sound in the quieter solos.

2)  Choruses: I’m definitely on the Venetian side when it comes to those big multi-choir psalm settings. Movements like the ‘Dixit Dominus’ and ‘Nisi Dominus’ sound so much more exciting with a chorus, especially as it means that the brass don’t have to hold back. What I really want most of all though is a sense of spine-tingling wonder at some of the most solemn passages, particularly the Glorias, the hymn ‘Ave Maris Stella’ and above all the Magnificat Gloria; the best recordings are those that make me feel like an infinitely small speck lost amongst the wonders of the universe. It’s music that puts you in your place, in a good way, music that humbles you whilst giving you a glimpse of unimaginable glory.

3) Solos: coming very much back to more earthly matters, I’ll tell it straight: I want to be ravished and seduced by the solos, even when they’re the voices of angels. Although I don’t really like John Butt’s one-per-part choruses, Nicholas Mulroy’s ‘Nigra Sum’ on that recording left me weak-kneed at the breakfast table when it was played on Radio 3 Record Review a couple of weeks ago. And if Hugo Hymas is ever the soloist on a Vespers recording, I’ll be rushing out to buy it after the way he sang in Durham Cathedral Chapter House earlier this year. (Review here)

Until last weekend, my favourite newer recording was a concert recording by the Orchestra of the Age of Enlightenment, which despite a few problems with the acoustic seemed to do everything I wanted. But then I listened to the preview snippets on Hyperion’s website of The King’s Consort recording and I entered a whole new world. I knew this one was supposed to be good – it got tons of awards and recommendations and our musical director has been banging on about it for weeks – but it completely knocked me out when I heard the previews, and I bought it immediately. The whole thing is absolutely luxurious, doing everything I’ve mentioned above in terms of solos, instruments and choruses, and above all, overlaid with that ineffable sense of glory. 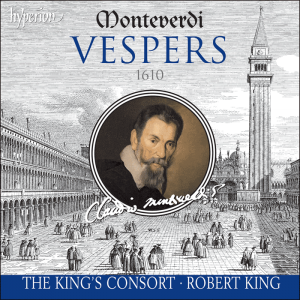 When I'm learning big pieces of music, I like to submerge myself in recordings so that I have a deep sense of how my part fits in with everything else that's going on. Normally, picking a recording is quite a straightforward process, but choosing which version of Monteverdi's Vespers to listen to has been a bit more of an adventure.

PrevPreviousAutumn preview: an accidental music festival
NextCaesar and Cleopatra in all their gloryNext
Music in Durham brings you classical music listings, previews, reviews and news for Durham, with a bit of random blogging thrown in. The concert listing pages bring together classical music events from across the City and the University, so whether you’re looking for a great concert to go to, or if you’re planning something and want to avoid clashes, this is the place to look.
Menu
Twitter Facebook-f Envelope