The fascination of Petrushka 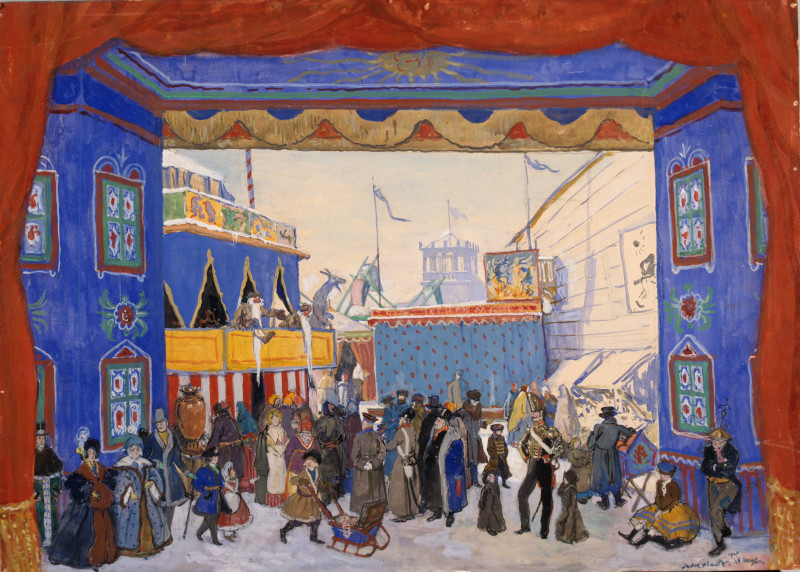 I’m pretty excited about this Friday’s concert by the City of Birmingham Symphony Orchestra at Sage Gateshead because they’re playing one of my favourite pieces of music – Stravinsky’s glittering, brilliant Petrushka ballet. I was introduced to it in my first A-level music lesson, and was immediately excited by hearing more of the jagged rhythms and exotic harmony that I already knew from Rite of Spring, but a few years later, when I slotted some Russian poetry and history into the jigsaw, I was struck by how Petrushka seemed the perfect soundtrack to everything I was reading about. St Petersburg in the early years of the 20th century was an exciting, dangerous place, where tormented workers in squalid factories and slums glowered across the river at the gilded palaces of an increasingly wealthy and powerful aristocracy. The symbolist poet Aleksander Blok had a taste for the lowlife, and whenever he could, slunk away from the wholesome beauty of his wife Lyuba to flirt with beautiful strangers in seedy suburban bars, and when I hear the opening of Petrushka, his dark, brooding poems about the underbelly of St Petersburg come to mind.

For me, the fact that Petrushka is set at a Shrovetide fair (Maslenitsa) heightens the atmosphere of rather seedy, unrefined pleasure. Maslenitsa, more so, I think than our Western carnivals, is an unashamedly pagan festival – a festival that both celebrates and defies the ravages of winter, with outdoor fairs, snow-based fun and games, and the burning of an effigy to bring fertile crops. When I went to a Maslenitsa festival in Moscow in the late 90s, it was little more than an excuse for a lot of outdoor drinking in tacky “folkloric” costumes, but again, the sense of cheap pleasure-seeking reminded me of Stravinsky’s music. The Rite of Spring goes back to Russia’s pagan roots, but Petrushka slaps the cheapened rituals right into the present.

The final, and strongest link with the Silver Age poetry is the theme of the puppets themselves. Although Petrushka is a comic Russian puppet figure, more in line with our Mr Punch, the story of the ballet, with the love triangle between Petrushka, the cruel Moor and the Ballerina is not so different from the Commedia dell’Arte figures of Harlequin, Pierrot and Columbine who pop up all over the art and literature of the period. One of Blok’s best works was a play, The Puppet Booth, which works over the same material, and his friend Andrey Bely’s novel Petersburg combines both the masquerade symbolism and the bubbling undercurrents of poverty and revolution. To top it all, Bely turned art into life when he ensnared Blok’s wife into an intense affair.

I don’t think Stravinsky, Diaghiliev and their set-designer Benois had much to do with Blok and Bely; in the fractious world of artistic St Petersburg, they were on opposite sides in a war of symbolism, but when I listen to Petrushka all these other thoughts swirl into my head, and for those twenty minutes I am immersed in the feverish world of pre-revolutionary Petersburg, as the beautiful and the dammed do their best to ignore the approaching storm.

PrevPreviousDUCS to perform new Ben Rowarth work
NextMessiaen – La Nativité du SeigneurNext
Music in Durham brings you classical music listings, previews, reviews and news for Durham, with a bit of random blogging thrown in. The concert listing pages bring together classical music events from across the City and the University, so whether you’re looking for a great concert to go to, or if you’re planning something and want to avoid clashes, this is the place to look.
Menu
Twitter Facebook-f Envelope