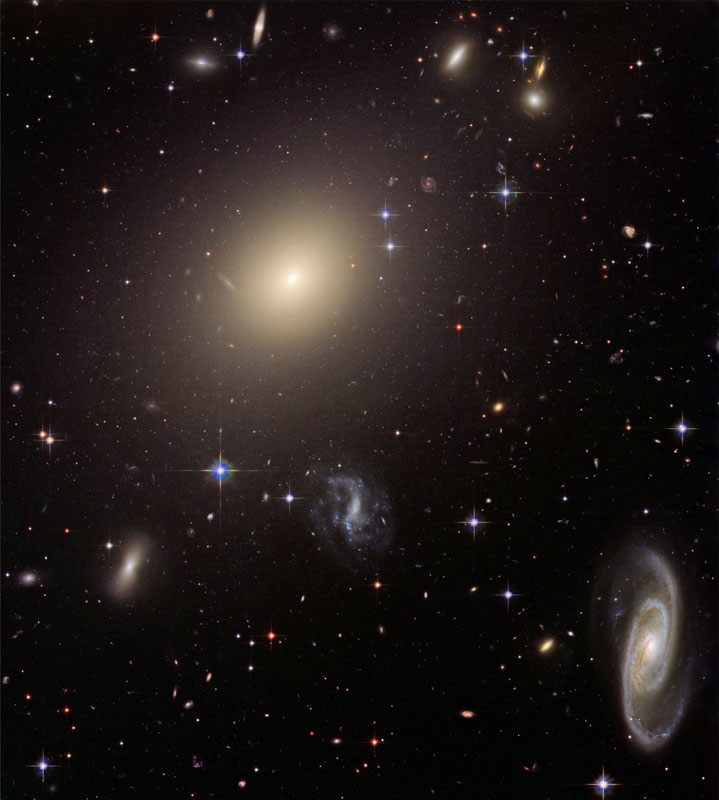 Some musings on music and light and science that have been floating around my head as I rehearse lots of magnificent music inspired by light, for a joint music and science event with Durham University physicists.

I’ve been thinking a lot recently about the complex relationship between music and science, mainly because of a rather unusual Durham Singers concert coming up in November. The concert is all about music and light, and comes at the end of a public workshop on the science of light, put on by physicists from Durham University, so as well as giving me the chance to sing some really awesome music, it neatly brings all sorts of bits of my life together (which is why I’ve pinched one of my husband’s images for this blog post), so I wanted to try to pin down some of the thoughts that have been buzzing round my head.

There’s lots of straightforward science behind music of course, and anyone who was listening to Radio 3 last weekend will have been hearing fascinating stuff about how music works, and how we listen to it. Psychologists and anthropologists can tell us all about the effect music has on our minds, and about the similarities and differences in music across the world’s cultures, and there was a great programme presented by Marcus de Sautoy about composers using mathematical patterns in music, in which he talked about Bach (of course), Messiaen, Steve Reich and serialism. But nothing, so far as I’ve noticed, about light.

And why should there be? Apart from those people whose senses of sight and sound are blended by synaesthesia, light and music enter our minds through completely different channels. Music sets off a complex set of vibrations in our ears; light stimulates cells in the backs of our eyes, and I guess they mostly get processed in different bits of the brain. But somewhere, it all gets mixed in together, as music conjures up images in our minds, either scenes from our own memories, or pictures suggested, implicitly or explicitly, by the composer. (Sometimes the senses can get even more mixed up – listening to a stupendously good performance of Rachmaninov’s All night vigil last year, my nose magicked up the distinctive smell of the Moscow metro). I also started to think about how often, maybe too often, I use light metaphorically when I’m writing or thinking about music: bright chords, harmonies that either glitter or glow, music suffused with light, the warmth of someone’s playing.

Christian imagery and liturgy conveniently gives us a lot of the music that we’re singing in November – Christ, the light of the world, God’s holy light, and if I were reviewing that concert instead of singing in it, I’d be scattering all those metaphors around liberally, but what is it in the music that makes me think this? In Pärt’s O Morgenstern the altos and sopranos often sing a tone apart, and this interval, that we consider to be a dissonance, sung fairly high, jolts and startles us so perhaps that’s why we think of it as bright, searing the mind like dazzling sunlight. Conversely the full, rich chords, built piling up what we accept as harmonically pleasing intervals in Rachmaninov’s Svyetye Tikhii (O Gladsome Light) give the ear a warm, comforting feeling, that fits with the gentle evening light described in the text. There must be plenty of inbuilt cultural instincts piled into those two examples – ideas about what constitute harmony and dissonance for one, plus tons of musical associations built up over hundreds of years of composition and the decades of my own listening.

Another aspect of the relationship between science and music that I’ve been thinking about is the ability of both to capture the most extraordinary beauty and preserve it for use in just a few simple scribbles on paper. Scientists distil the universe into elegant equations, composers scribble simple dots onto paper and out of those numbers, letters and dots whole new worlds arise. As performers we take the dots and make a fresh model of the composer’s idea, and scientists too can take their numbers and use them to model beautiful new worlds, such as those created in the Institute for Computational Cosmology here in Durham (virgo.dur.ac.uk/projects.php). In both cases, something sublimely intangible is cleverly encoded for other humans to enjoy and recreate afresh.

If a few particular circumstances in my own life had been tweaked in slightly different ways, I might have ended up being, or attempting to be, a scientist. In the end, science was gradually squeezed out of my schooling, ending when I was forced to choose, a year into A-levels, between music or physics. Ironically, this crunch moment came during the term when we were studying waves in physics, and I’ve had to drag my mind back to what I learnt then when I was reading things recently about the construction of our tonal system. Too often we separate the sciences and arts, but we need both in our lives. We need the science to help us to unravel the mysteries of our world, and then we need the music to help us consider the things that remain beyond comprehension.

Some musings on music and light and science that have been floating around my head as I rehearse lots of magnificent music inspired by light, for a joint music and science event with Durham University physicists.

PrevPreviousRenaissance: Lamenta
NextDurham’s new orchestra: Orchestra CiprianiNext
Music in Durham brings you classical music listings, previews, reviews and news for Durham, with a bit of random blogging thrown in. The concert listing pages bring together classical music events from across the City and the University, so whether you’re looking for a great concert to go to, or if you’re planning something and want to avoid clashes, this is the place to look.
Menu
Twitter Facebook-f Envelope