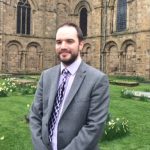 Daniel Cook, who is currently sub-organist at Westminster Abbey has been appointed to replace James Lancelot as Organist and Master of the Choristers at Durham Cathedral. James has been at Durham for 32 years – I first encountered him when I was an undergraduate in the early 90s, as he also conducted the university choral society for many years. I particularly remember the pleasure of being introduced to Bach’s B-Minor Mass by him, and his daft warm-ups that were clearly intended to amuse small boys (happily now under James’s watch, small boys and small girls).

It’s a huge post to fill, but it’s also a homecoming for Daniel Cook, as he grew up in Hartlepool and had organ lessons at the cathedral with former sub-organist Keith Wright, so Durham’s mighty Harrison & Harrison organ will be completely familiar to him. He’ll also be finding familiar faces in the cathedral, as he follows our Dean, Andrew Tremlett, and his adorable cat Badger, from Westminster: 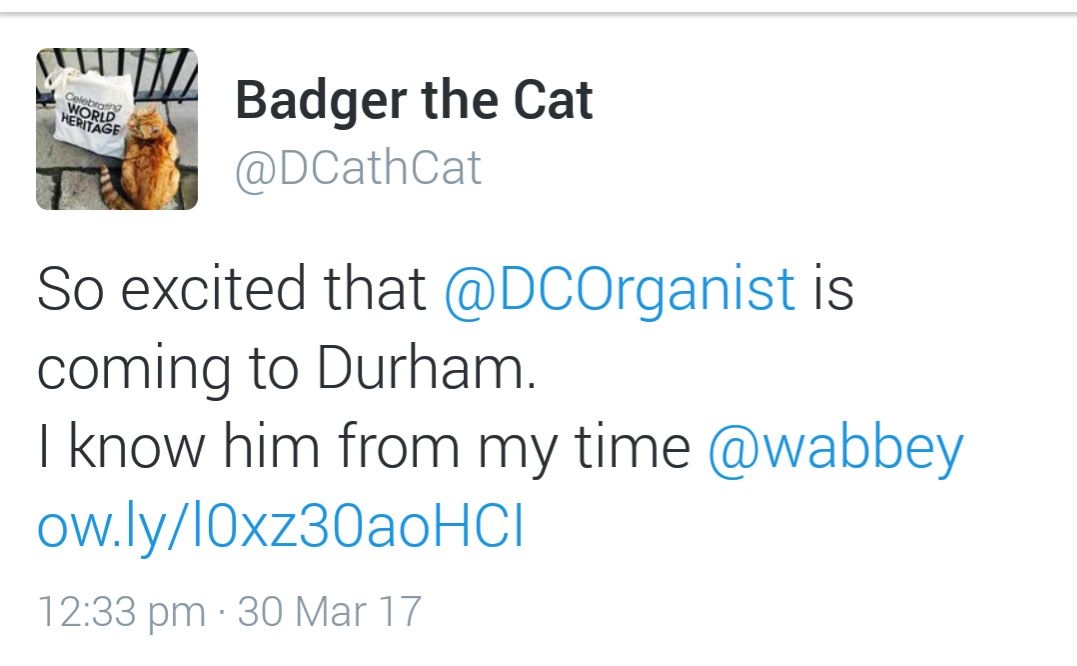 I expect there will be plenty of musical events to mark both James’s departure and Daniel’s arrival: keep an eye on the events pages here, for details of any recitals. As a regular member of the congregation, I look forward to welcoming Daniel at the Cathedral and to hearing his music making.