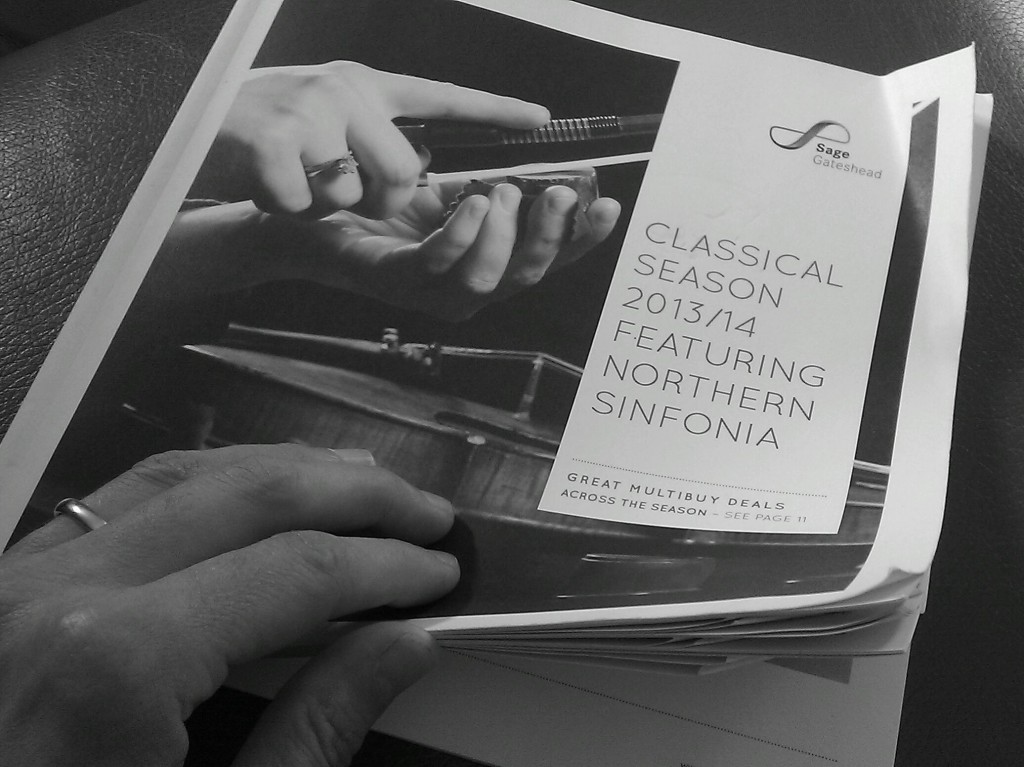 It’s a big year for the newly anointed Royal Northern Sinfonia – they have their new title to relish (I’m still excited for them when I write “Royal” before their  name) and it’s their last season with Music Director Thomas Zehetmair. Whenever I talk to members of the orchestra, and indeed, whenever I hear them play for him, it’s clear how much they love Thomas Zehetmair, so his farewell concert that ends the season on 11 June promises to be a very moving occasion, with his partner Ruth Killius performing Bartók’s viola concerto, a piece by John Casken That Subtle Knot commissioned for them both, and, to finish, Beethoven’s Fifth Symphony.

Before that, of course,  there is plenty of excellent music and imaginative programming. Naturally, I began my season planning by looking for the choral music, and I see that the Chorus of Royal Northern Sinfonia  are celebrating their 40th anniversary in style, with some of the greatest, most monumental (and exhausting!) works in the choral repertoire. They begin with the warmth and humanity of Brahms’ German Requiem, a piece that I appreciate more and more as I get older. Zehetmair is adept at bringing clarity to Brahms’s musical structure without sacrificing the music’s emotional power, so I’m particularly looking forward to seeing what he does with those massive fugues in the Requiem.

This year’s Easter concert is Bach’s St Matthew Passion, which fortunately, (in terms of ticket-selling and for my own emotional stability) is at a safe distance from our Durham Singers performance. It’s always interesting reviewing pieces that I’ve recently sung; but I know already that the crispness of the Sinfonia Chorus’s immaculate and disciplined singing will be a joy to hear. For their final concert with Zehetmair, the Sinfonia Chorus are giving their first ever performance of Beethoven’s Missa Solemnis and there’s also a rather lovely looking Late Mix concert of motets by Bach and Bruckner (including Christus Factus Est – there’s an electrifying high soprano entry on the word super in this, that give me serious goose-bumps). This year’s Messiah brings in soloists who are supported by Samling – four Samling Scholars, and four younger Samling Academy members. All four Samling Academy soloists have sung with Durham Singers (Rowan Pierce, Polly Leech, Alexander Banfield and Nicholas Morton) so it will be fabulous to see them again.

Moving on to instrumental works, there’s a good chunk of Britten, in the closing months of his centenary year. Sage Gateshead haven’t had much Britten yet, and I’m quite excited by what’s coming up: Les Illuminations on 17 October then the Serenade for tenor, horn and strings with Werner Güra (tenor) and Peter Francomb (french horn). I’ve not heard Güra before, but I’ve heard him praised very highly, and Peter Francomb is always good. I don’t know the Nocturne for tenor and chamber orchestra and sadly I won’t make that concert to find out about it, we have our last big St Matthew rehearsal that night. What’s slightly odd, to me, about these three Britten concerts is that Britten has been paired up with Mozart – the Salzburg Divertimenti and his last three symphonies -perhaps some musical connection will leap out at me when I’m there. It makes me wonder whether the Mozart has been programmed to get people through the doors to listen to Britten, but in my case it’s the other way round!

Some of the most exciting concerts I’ve been to at Sage Gateshead have been the chamber music and “Late Mix” series in Hall Two (I love the Late Mix – I can have dinner with my family and put the boy to bed, without any rush, then potter up the A1 to a concert). There’s more Britten, and several concerts with works by John Casken, which will be good preparation for that finale concert. I’m also looking forward to more gorgeously autumnal Brahms when members of Royal Northern Sinfonia play his clarinet quintet, plus works by Nielsen and Berg (see what I mean about cool programming!) on 10 May and Bach’s Musical Offering on 23 May. I’m delighted to see that there’s another cabaret-style concert in Hall Two in December – they did this last year with a programme of 20th century French music, and the effect was wonderfully intimate and friendly. This time it’s Eastern European music – Enescu, Martinů, Kodály, Dvořák and Bartók which should also work well with the café layout.

One of the things I love about Royal Northern Sinfonia and their programming is that you really feel that you get to know the players; particularly if you go to their chamber music series and their informal post-concert “Spotlight” sessions – these bonus performances after the main concert by small groups, or soloists, playing music of their choice continue this year. At all these concerts, the players take turns to speak and introduce the music they’re playing, and they’re always around in the bar afterwards to chat. They also have regular solo spots – my recommendations for this year are both in March: cellist Louisa Tuck playing Britten’s Symphony for Cello and Orchestra and Juliette Bausor’s solo flute recital. I enjoy hearing and watching both these players for different reasons: Louisa Tuck for her utter absorption and commitment, and Juliette Bausor for her serenity and pure tone.

Finally, it’s good to see another batch of visiting performers. The Hallé Orchestra and the CBSO are both back, with the weightier, full-orchestra repertoire that Royal Northern Sinfonia don’t offer. I missed the CBSO last year because I got stuck in a snow-related traffic jam but I won’t be taking any chances with the weather this time, because they’re playing Petrushka, which is one of my absolute favourites. I’d always been a little over-awed and shy of Wagner’s operas, until Opera North’s began their Ring Cycle, so I hope I’ll be able to make it to Götterdämmerung. At the other end of the scale, English Concert with Bernard Labadie are singing Vivaldi and Pergolesi’s settings of the Stabat Mater in April, and those who know me will know that Baroque vocal music never fails to excite me.

These are just my own personal, and highly subjective, selections for the year – and what I’m likely to be reviewing. There’s also plenty of Beethoven, Mendelssohn, Mozart, lots of solo piano music, and the popular Classic FM series. Now all I have to do is wait for that wonderful Brahms on 29 September. See you there. 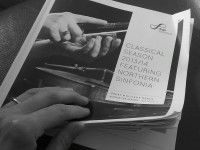 PrevPreviousMagnificent Phaedra
NextGala lunchtime jazzNext
Music in Durham brings you classical music listings, previews, reviews and news for Durham, with a bit of random blogging thrown in. The concert listing pages bring together classical music events from across the City and the University, so whether you’re looking for a great concert to go to, or if you’re planning something and want to avoid clashes, this is the place to look.
Menu
Twitter Facebook-f Envelope