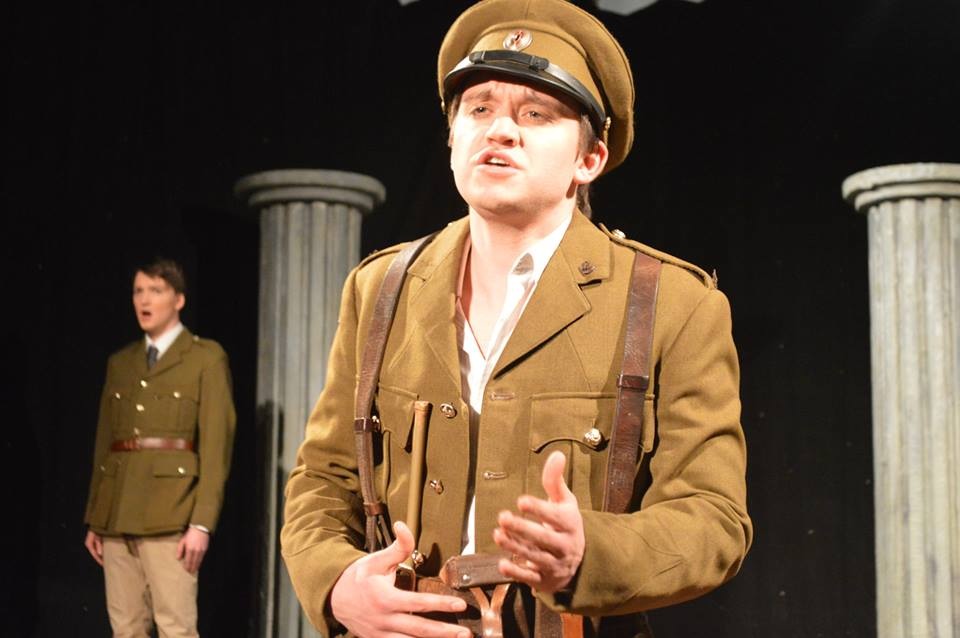 On the face of it, the plot of Mozart’s final opera The Magic Flute is really rather silly, and the synopsis would appear to confirm the common prejudices about opera being elitist and inaccessible. Mozart takes this rather unpromising material and works his own magic to craft a thoroughly good evening’s entertainment. If we thought that “accessibility” was a modern notion, it was in fact just what Mozart himself was doing. He set The Magic Flute in German instead of Italian, so that the ordinary folk of Vienna could understand it, he added spoken dialogue to move the action forwards, and he created roles for a wide range of abilities, from the ferocious Queen of the Night arias, to parts for chorus and boys. All this makes it eminently suitable for a student production, and the Durham Opera Ensemble programme notes emphasised that they want their productions to combat opera’s elitist image.

With this in mind, it was of course sung in English, in a witty, lively translation by Kit Hesketh-Harvey. Director Anna Bailey updated the setting to the 1940s, in a post-war London, and while I’m not sure that this necessarily added anything, it didn’t detract either: the plot is daft enough to take any setting I think, and there were some nice touches – I liked the fact that Papageno became an airman, which meant that with his wings he still had feathers. What did work particularly nicely was setting Sarastro’s Enlightenment cult in a library; the contrast between the cool temple of learning and the saucy temptations offered by the Queen of the Night and her entourage was striking.

It says something about the wealth of vocal talent here in Durham that The Magic Flute is being performed with double casting in many of the lead roles – I was there on Wednesday, and saw cast 1, who perform again on Saturday. Charlotte La Thrope was a gentle, unflappable Pamina, which made her lament “Ach, ich fühl’s” all the more poignant – this aria was quiet, secure and absolutely beautiful. I’ve heard Hugo Hymas, who plays Tamino in both casts, plenty of times, and his singing is always sublime – silky smooth, beautifully phrased and every word crystal clear – but he can certainly act too. His Tamino staggered on stage obviously shell-shocked, and although it wasn’t clear what the “monster” was that he was escaping from, it could well have been in his mind. Throughout, his Tamino was touchingly bewildered, but always determined to do the right thing.

The Queen of the Night is probably the hardest role to cast for a student production, as few singers of that age have the vocal power to do full justice to That Aria. Ella Phillips quickly overcame initial nerves and gave a confident, very spirited performance and she looked fantastic, slinking and pouting around the stage in dominatrix boots. Her three supporting ladies, Elen Lloyd Roberts, Emily Burnett and Marnie Blair, were a deranged chorus-line clad in white satin lingerie; they moved with style and their voices were well blended. Their opposite trio – Sarastro’s boys, cast as cheeky schoolboys in shorts – were just as good, and both trios provided plenty of fun. Jamie Woollard as Sarastro was  quietly dignified, offering Tamino relief and comfort in the peace of his library, and his lower range was particularly good. Tom Rowarth gave a very creepy performance as his evil side-kick Monostatos and Sophia Smith-Galer was a playful Papagena.

Amongst all this great casting, the star of the evening was Ben Craw, who was a simply wonderful Papageno, adorably goofy, with excellent comic timing and with the true clown’s ability to make the serious moments all the more touching. In his final hunt for love, before being united with Papagena, he played off the audience like a pantomime actor, and won enormous sympathy for his character’s plight.

A special mention too must go to musical director Michael Ash and his orchestra. The logistics of the staging in the Great Hall at University College meant that the orchestra had to be placed behind the backdrop of the stage. A monitor on the back wall of the hall enabled the singers to see Ash, so occasionally the actors peered rather woodenly across the heads of the audience to follow the baton, but he and the players could see nothing at all. I wouldn’t have guessed this from watching though – every cue was spot on, and the orchestra was sensitive and responsive to what was happening on stage and the bubbling sense of fun that underlined the whole production was set up right from the overture. The flute cues must have been particularly hard for the actors and the flautist to line up – but when Ben Craw made one slip, he simply played it for laughs.

This was a thoroughly enjoyable Flute – and Durham Opera Ensemble are to be congratulated for putting on such an excellent evening’s entertainment; touching, witty, engaging and, yes, accessible. I’m told that it’s sold out for Saturday and Sunday, but there may still be some tickets for Friday – try to get there if you can.

PrevPreviousEnglish Touring Opera Durham dates
NextRecorder programme notesNext
Music in Durham brings you classical music listings, previews, reviews and news for Durham, with a bit of random blogging thrown in. The concert listing pages bring together classical music events from across the City and the University, so whether you’re looking for a great concert to go to, or if you’re planning something and want to avoid clashes, this is the place to look.
Menu
Twitter Facebook-f Envelope