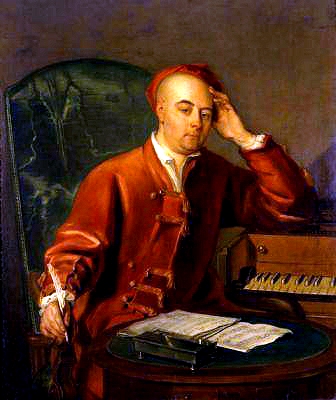 Some notes from the workshop I attended on baroque ornamentation run by Evelyn Nallen for the Durham Branch of Society of Recorder Players - with useful reminders for me of what we learnt.

A few weeks ago, I went to a day-long workshop organised by the Durham branch of the Society of Recorder Players; it was nominally on the subject of ornamenting Handel’s sonatas, but Evelyn Nallen, who ran it, was careful to set everything she wanted to teach us in context, so in the end there was lots of useful advice on how to approach baroque music. A lot of what she said usefully reinforced what Mary, my teacher, already tells me – no great surprise, as it was Mary who had organised the event, and other things I already knew but it was still handy to have randomly acquired bits of knowledge all glued together. There were a few points where I disagreed with her, but her predominant message was that a lot of what we do is, in the end, a matter of taste, so obviously more I learn, the better equipped I am to make judgements of taste. I’ve been a bit slow getting this post up, but fortunately I took copious notes, so I’m noting some of her key points, as a reference for myself and perhaps to be of use to other people – although obviously no substitute for a day working with someone like Evelyn.

She began with a quick overview of European instrumental music at the beginning of the 18th century, mentioning the black hole that was left in England when William and Mary closed the Chapel Royal, and contrasting it with Louis XIV’s obsessive love of dance that shaped so much French music. This then led to a comparison of ornamentation styles across Europe, and a reminder to look not just at the nationality of the composer but the style of the music. Italian composers tended to write everything out, filling out their melodies with long runs, so there’s no real need to add much, whereas in France composers expected performers to know the rules, and fill in ornaments – in the words of Couperin “we write otherwise than we perform”. German composers such as Quantz and Telemann left us very precise examples of how to embellish a melody line based on the underlying harmony. Of course when we perform Handel, an Anglicised German who made his career on writing Italian opera, we need to understand all these styles. Evelyn gave us an interesting resume of the revolutionary musical life  of 18th-century London, where for the first time, music was supported by the affluent population as a whole rather than in the hands of a court, a city or the church. Musicians from all over Europe who couldn’t break into one of those cosy patronage positions came to London instead, putting on concerts, selling their sheet music and writing what sold rather than what pleased one master.

Getting into the nitty gritty, Evelyn gave us a few general rules of thumb, that apply across baroque music: Égale/Inégale: The first rule for deciding whether notes are to be played inégale (ie with unequal rhythms) is to look at the time signature. The notes to be played inégale are those that are half the value of the pulse – i.e. with a crotchet beat, quavers can be played unevenly. Notes should always be played at equal value when:

The last two points can often be obscured by bad editors – slurs and staccato dots should not be taken as guidelines to articulation but to rhythm. The ratio between two notes played inégale is a matter of taste (and, apparently a source of much dispute), but for general purposes, it’s worth remembering that there are more options than just a straightforward 2:1 triplet subdivision.

Finally – just to confuse things – a French courante is always played unevenly, whilst the Italian version is fast, and even.

An appoggiatura can be added to fill the gap between notes, and can be accented or passing. A Passing appoggiatura is usually used to fill a descending third. It comes out of the upper note before the beat, but not necessarily a full half of its value (time to ignore what we were taught for Grade 5 theory). As the name suggests, an accented appoggiatura comes on the beat and is given plenty of weight. It is usually put in to form a discord and resolution with the bass line, and so its length is set by the movement of the bass line. Accented appoggiaturas fit nicely into scales and can be combined with passing appoggiaturas.

Mordents are, according to Evelyn, always downwards, which surprised me, but I suppose that any upward mordents can be classified as very short trills. Mordents can be used in big intervals, and with accented appoggiaturas.

The one thing always amuses me when we have trills in choir is that our conductor feels the need to emphasise that the trill always starts on the upper note – to me, that’s just second nature; it was the one rule of baroque ornamentation that I absorbed in my youth. However, the length of the upper note doesn’t always need to follow the rule about being half the length of the trill and if the previous note is the same as the upper note, you can go straight into the trill. Cadential trills can end with a note of anticipation and silence before the final note, or with a turn.

Remembering that so much baroque music derives from dance, Evelyn stressed how important it is to have some sense of the dance style or even choreography to inform our playing. A chaconne and a passacaglia, for example, have similar structures, but a chaconne is comic, even grotesque, whereas a passacaglia moves a story along.

She also said that tempo markings should be considered as indications not necessarily of speed, but of mood, and reminded us that you can’t judge the speed of a piece from the recorder part alone – she used the case of the second movement of Handel’s A-minor sonata to illustrate this – it’s mostly in quavers, and you want to play it fast, but the semiquavers in the continuo part then become far too much of a jumble. Mary was nodding vigorously at this point – like Evelyn she insists that her students learn music off the full recorder and continuo score.

We finished the day by applying all the basic rules to the first movement of Handel’s F-major sonata (No 4 – HWV 369). Like Mary, Evelyn prefers to keep ornaments on the light side, and deplored what she saw as an “arms race” between the top soloists who record the Handel sonatas with ever more elaborate decorations. I thought she somewhat undermined her point though by saying that she thinks the A-minor movement mentioned earlier is very weak and that she “completely rewrites it” when she plays it. (I disagree anyway, I think that movement is a lot of fun as it is).

Some of my ideas about ornamentation have been informed by listening to da capo arias – the idea that you use your ornaments in the repeat as a device to develop the characterisation or the story; to emphasise or add something to the meaning of the text. Obviously there’s no text in a recorder sonata but I was surprised that Evelyn made no link between Handel’s operatic and instrumental writing. She clearly has a strong background in dance though, so overall it gives me a broader picture.

To finish the session, Evelyn asked for a volunteer to play their own ornamented version of the F-major Largetto. I was pretty pleased that no-one else was forthcoming because I was really wanting to have a crack at it. Someone else got a bass recorder out to play the continuo part with me, and it felt very liberating just adding in ornaments without having carefully written them all in first.

Some notes from the workshop I attended on baroque ornamentation run by Evelyn Nallen for the Durham Branch of Society of Recorder Players - with useful reminders for me of what we learnt.

PrevPreviousDCYC’s celebratory Messiah
NextDurham Singers Byrd workshopNext
Music in Durham brings you classical music listings, previews, reviews and news for Durham, with a bit of random blogging thrown in. The concert listing pages bring together classical music events from across the City and the University, so whether you’re looking for a great concert to go to, or if you’re planning something and want to avoid clashes, this is the place to look.
Menu
Twitter Facebook-f Envelope