Hunting for the next Sibelius 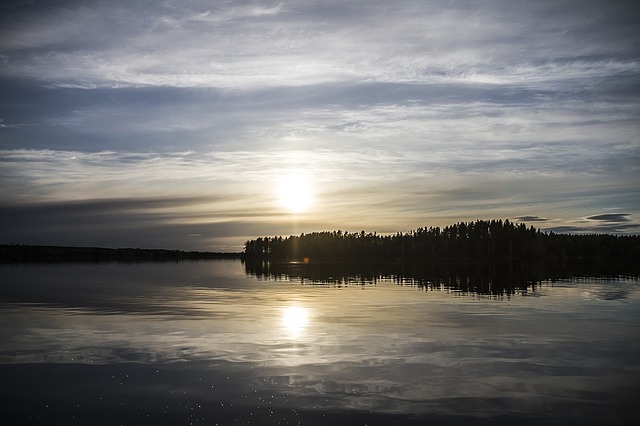 A blog post with some musings on making choices about what to listen to, as I confront the awful fear of becoming too set in my ways.

Last week I listened to Elgar’s first symphony, as performed by the Berlin Staatskapelle and Daniel Barenboim at the BBC. There had been a lot of chatter on my Twitter feed about this performance, and about how Elgar is undeservedly underrated as a composer of European symphonies, so I thought I’d better try conquering my own prejudices and give it another go. I hadn’t heard it since attending a performance by the local symphony orchestra in Krasnoyarsk during my Siberian exile in 1993 – so much for all the people who say that Elgar isn’t performed enough outside Britain, although it was probably the overwhelming homesickness that it induced on that occasion that helped to cement my own preconceptions about Elgar’s Englishness. Anyway, I tried. I heard what was clearly an excellent performance, and I completely grasped what everyone said about Elgar’s abilities as a symphonist, but I still didn’t enjoy it much, and I spent the rest of the day feeling a bit grumpy and guilty about this.

However, it got me thinking; my grumpiness and discomfort stemmed from a fear that I was becoming too set in my ways, my tastes incapable of change. Being open-minded to completely new musical experiences is one thing, and I think I do ok at that, but the Elgar incident worried away at me for a few days, until I listened to the BBC National Orchestra of Wales Sibelius Proms and I remembered that all is not lost.

For years, I was convinced that Sibelius was boring. It wasn’t for lack of opportunity, as I remember my Dad often putting on CDs of the symphonies at dinner time, and I think I had to study some of the fifth symphony for A-level, but it all wafted over me. Boring, nothing really happens, I thought, until a couple of years ago, when Simon Rattle and the Berlin Philharmonic performed all seven symphonies at the Barbican. A friend urged me to listen to the Radio 3 broadcast of the last three with such unexpected force that I thought I’d give it a go, and as I did, a light went on in my head; the pale, shimmering sunlight of the far North, the light of midsummer White Nights, of water and forests. The music glowed, it flooded my brain with light and Sibelius completely overwhelmed me with his sparse, taut magic. I can see how I missed that at a younger age when all I wanted from symphonies was noise and passion, and perhaps my mind was more receptive because I have Finnish friends now, and know a little bit more about their country. Discovering I was wrong about Sibelius was such a thrill, so perhaps that’s why I was deflated when the same thing didn’t happen with Elgar.

Apart from the fear of getting old and inflexible, it also occurred to me that the way we acquire music these days can be either a help or a hindrance in broadening one’s tastes. When I was growing up, my musical explorations were restricted to what I could find in my Dad’s record collection, or on the shelves of people I babysat for. I particularly treasure the Brahms Horn Trio because, after falling in love with the excerpt on the A-level music anthology tape, I had to order a recording from the local music shop; it cost me a fortune and took months to be delivered. But now, Spotify alone offers me more than 20 recordings. It’s easy to dip into new things, to sample and compare different performances, and to listen to things like long operas that would have been too expensive for me to buy when I was younger.

I also read more books about music these days, because I know that I can easily listen to the pieces being described. I bought Ian Bostridge’s lovely book on Winterreise “Schubert’s Winter Journey” in part because I was drawn in by all his historical and cultural digressions, but they wouldn’t have been enough on their own without the knowledge that I could easily listen to the music too, and so Schubert’s songs and chamber music have slipped into my listening repertoire after many years when I thought they weren’t really for me.

Sometimes though all the choice gets too much, and the vast range of music on offer just becomes paralysing, and so just as when you’re confronted with an entire aisle of loo-roll at Tesco, you don’t consider all the varieties out there, and just grab what you always go for. It’s a well-known psychological dilemma, and one that economists, for example, now take into consideration when they look at how people make choices, and so having all the music in the world on offer means, paradoxically, that if I’m not careful, I’m in danger of narrowing and limiting my listening. Similarly, having BBC Radio 3 on demand can mean that I’m tempted just to choose things I know I’ll like, so I’m resolved to make conscious efforts to listen to things I’d normally avoid, to repeat the Elgar experiment, in search of the next Sibelius.

A blog post with some musings on making choices about what to listen to, as I confront the awful fear of becoming too set in my ways.

PrevPreviousNew Piano & organ teacher
NextJoin Ushaw College’s new choirNext
Music in Durham brings you classical music listings, previews, reviews and news for Durham, with a bit of random blogging thrown in. The concert listing pages bring together classical music events from across the City and the University, so whether you’re looking for a great concert to go to, or if you’re planning something and want to avoid clashes, this is the place to look.
Menu
Twitter Facebook-f Envelope