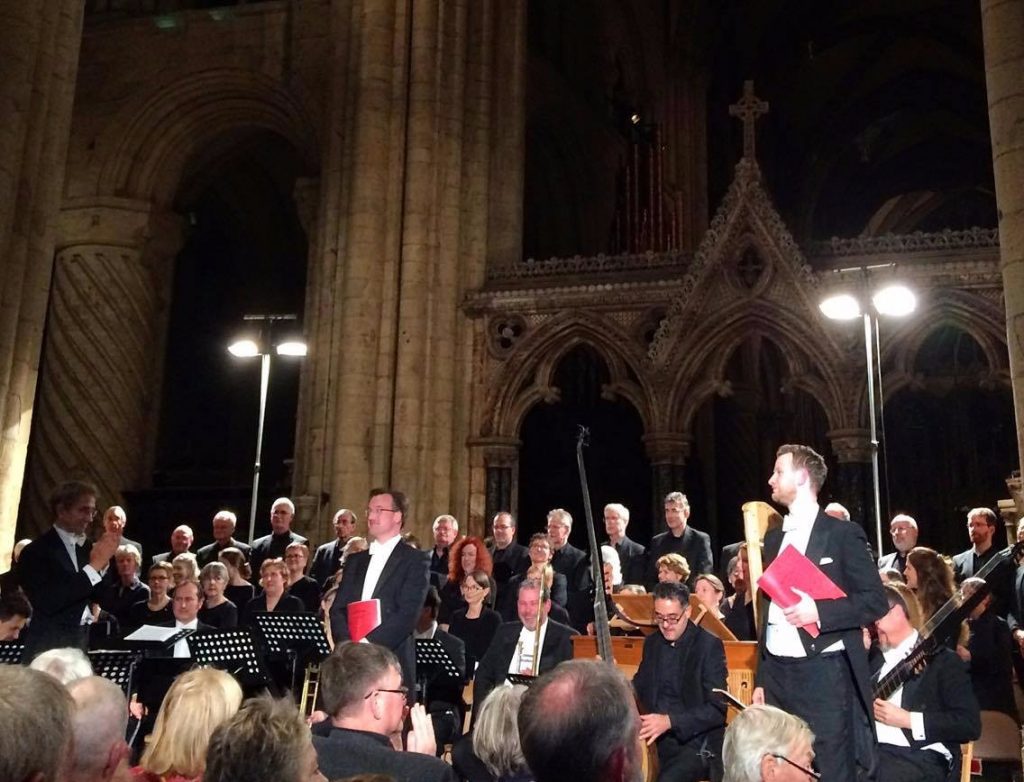 It's been a couple of weeks now since I sang Monteverdi Vespers, and the concert of a lifetime was followed by a rather spectacular holiday too, so this final blog post in my Vespers diary comes after a bit of time to reflect. Thank you everyone who has put up with this year's Monteverdi obsession: here are the final words on the subject.

I usually get struck down with terrible post-concert blues, and I’m sure that after nearly a year of build-up, I would have been hit by it particularly badly after our Monteverdi Vespers, but I cunningly avoided it by hopping on a plane the day after to visit a dear friend in New York. So with all the excitement of that holiday and getting back to normal life, this final post in my Monteverdi Vespers diary comes after a decent amount of time for reflection.

When I got home from the concert, I was pretty much speechless. I dribbled out a few social media messages of delight and thanks before I went off air, but really they came no-where near to expressing my jubilation over the whole thing. I had found when listening that the Vespers have a cumulative effect on me, building up to that stupendous Gloria at the end of the Magnificat, and it was the same when we sang it, so that by the end, I was floating around somewhere with the angels, dizzy and incoherent.

On a more practical level, I found the whole weekend fascinating in terms of seeing how these top-flight early music specialists work, and seeing how the whole Monteverdi jigsaw fitted together. The musicality of the band showed in their flexibility, as they changed things around on the fly, and I caught half conversations along the lines of ‘ok, you play this bit, it’s in this key’ and that seemed to be all the information that was needed. And then there was the soloist in the Saturday afternoon rehearsal who nonchalantly said ‘oh, is this bit me?’, then launched effortlessly into supreme virtuosity. At the end of our rehearsal, I said hello to a soloist who was chatting to some other people at the back of the cathedral. We spoke briefly, then he said ‘excuse me’, stepped away, and sang one of the echo parts before returning to the conversation: I had no idea that he was still rehearsing, but he was clearly so deeply embedded in the music that he could hold a conversation, not lose his place and be ready to sing. It was all very humbling: I had spent weeks learning my part well enough to pay proper attention to the conductor, and getting to grips with a slightly unfamiliar musical idiom, and I needed absolutely every brain cell on full alert. But we were also pleased to see that Robert Hollingworth trusted us enough to make last minute changes, dropping the chorus from some passages but adding us in to others. He worked us ferociously over those last few days, but he also paced us well so that we weren’t burnt out by the time of the concert: I was super-focussed on the night, and seemed to find extra reserves of energy, so one lesson for me from all this must be how I reproduce that concentration for every concert.

One disadvantage of that concentration was that for most of the concert I couldn’t really enjoy the magnificent English Cornett and Sackbut Ensemble; I was vaguely aware of lots of exciting stuff going on just in front of me, but I couldn’t give them my full attention. Happily, during my favourite cornett bit – the heavenly duet that opens the “Deposuit potentes” movement of the Magnificat we don’t have to sing. I confess that I lost my grip here and got a bit emotional, and the moment when the violins of the Monteverdi String Band took over from the cornetts completely finished me off. I had to sing the next movement fighting to control my tears, and toughening up to get through the Gloria, which I managed without further disaster.

We were of course able to enjoy ourselves listening to the solo movements. The cathedral isn’t necessarily the right place for some of the more intimate solos: Nigra Sum or Pulchra Es are much better in smaller settings I think, but the big angel solos, ‘Duo Seraphim’ and ‘Audi Coelum’ work magnificently in the vast space of the nave. I Fagiolini’s soloists were glowing, all-powerful angels, thrilling to listen to, and during Matthew Long’s ‘Audi Coelum’ I wondered how on earth we could possibly sing our bit at the end without spoiling his magic. I hadn’t banked on our Assistant MD Francesca Massey though, who had swapped her place at the organ with Robert to conduct this movement, and she guided us through ‘Omnes hanc ergo’ with great sensitivity; for me it was one of the most moving bits of the concert. She’s conducting Parry’s ‘Songs of Farewell’ for us next term, so I’m looking forward to seeing what she does with them.

We had two groups of children singing with us too: the chamber choir from Durham Johnston School and the Durham County Youth Choir and it was a delight to see how they grew into their parts as they became more confident; the boys had to get to grips with singing the plainsong antiphons between movements, whilst the girls had to sing the high, sustained ‘Sancta Maria’ whilst the band had a party beneath them. It’s a privilege for us to be able to offer experiences like this to young people, but far more importantly, it’s a massive testament to the standard of youth music in County Durham that there are students, educated in state schools and by the County Council music service, who are capable of taking on this challenge. In a time when there’s so much worry about music education, this must be recognised and celebrated.

The whole experience for me was fascinating, and thrilling from start to finish, and it taught me a huge amount. I don’t think it’s music I’ll be singing very often – in 35 years of singing, I think this was the first time I’ve ever sung any Monteverdi – so I’m overjoyed at having had the experience. At the same time, I’m also looking forward to taking some of the lessons I’ve learnt about tuning and diction back into our core repertoire, and at choir on Monday it did feel nice to be back singing parts that were actually written for altos instead of shoehorning ourselves into high-tenor lines. And next term, I get to sing Lotti’s Crucifixus which I’ve been desperate to sing for years (there’s a story…), and Parry’s ‘At the Round Earth’, which is one of my all-time favourites. There is life after Monteverdi!

It's been a couple of weeks now since I sang Monteverdi Vespers, and the concert of a lifetime was followed by a rather spectacular holiday too, so this final blog post in my Vespers diary comes after a bit of time to reflect. Thank you everyone who has put up with this year's Monteverdi obsession: here are the final words on the subject. 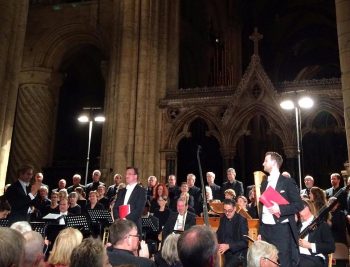 PrevPreviousCaesar and Cleopatra in all their glory
NextChor Semiseria visit DurhamNext
Music in Durham brings you classical music listings, previews, reviews and news for Durham, with a bit of random blogging thrown in. The concert listing pages bring together classical music events from across the City and the University, so whether you’re looking for a great concert to go to, or if you’re planning something and want to avoid clashes, this is the place to look.
Menu
Twitter Facebook-f Envelope