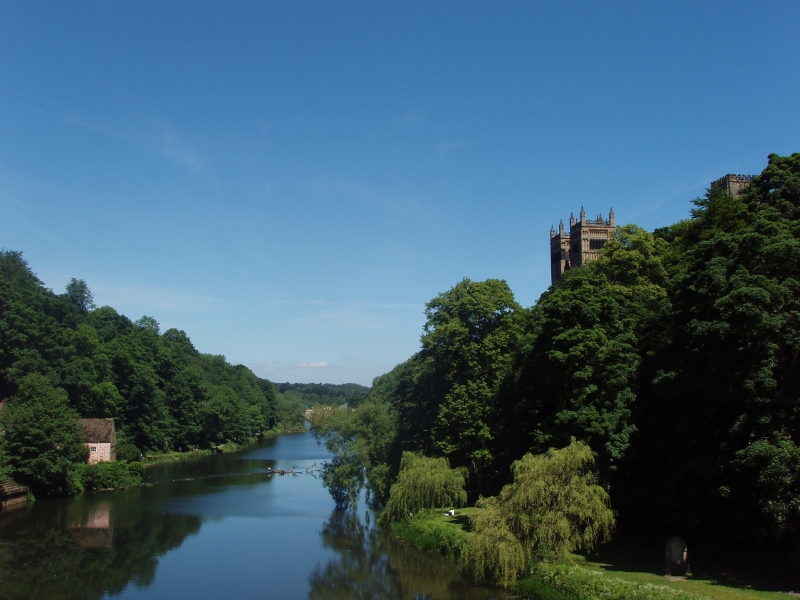 My round up of Durham's summer concerts; end of year concerts by student ensembles, and concerts by local groups. From huge orchestral fireworks, to intimate chamber music and beautiful choral works, there's plenty to choose from.

Summer weather in Durham is brief and unpredictable, but the end of the university year comes around inexorably, as the city moves from the pressures on students and staff of exams, and into the celebration of the year end, and graduation. This year Durham University Music Society are celebrating in style, with a gala “Last Night of the Proms” concert on Friday 6 June that brings together the university’s symphony orchestra, brass band, big band, chamber choir and opera ensemble. I’m sorry to be missing this one, because it sounds like a lot of fun – I’m off at Gateshead reviewing Royal Northern Sinfonia’s Missa Solemnis instead.

The one I’m definitely NOT missing though is the university chamber choir’s summer concert on 13 June of music from and inspired by the Americas. The big North American names Whitacre, Reich and Barber are on the programme as are some of Moses Hogan’s wonderfully rich arrangements of spirituals, but what’s got me excited is the fact that they’re also doing some South American baroque works by Araujo, Padilla, and Zipoli. (If you want to know more, read the article I wrote for Bachtrack on South American music!)

There are also plenty of concerts coming up from local music groups too. Orchestra North East have a big, colourful concert in the cathedral on 14 June – the programme includes Berlioz’s Symphonie fantastique and Britten’s Sea Interludes, both vividly imaginative pieces that will sound great in the cathedral, and there’s also Mozart’s Sinfonia Concertante for a bit of calm beauty between the storms.

If you prefer choral music, you can indulge for three consecutive weekends; the Durham University Chamber Choir concert I mentioned above on 13 June, then Durham Singers on 21 June and Northern Spirit Singers on 28 June. Northern Spirit are also singing North American music, but they’re mixing their Whitacre and Lauridsen with English music by Tippet and Vaughan Williams.

I’m singing in the Durham Singers concert, and it’s a sublime mixture of choral music, built around Byrd’s Mass for five voices, and solo cello music by Bach and Britten, played by Deborah Thorne. Because of this concert, one of my big musical discoveries this year has been Britten’s cello suites – holding myself together to sing Byrd’s Ne irascaris, Domine straight after hearing Deborah playing the final movement of the third suite is going to be quite a challenge. We’re going out to St Cuthbert’s chapel at Ushaw College – an absolute gothic revival gem, designed by A.W.N. Pugin, and with a great acoustic too.

Finally, a couple of concerts slightly further afield, but which I’ve included on my events diary because they’re by Durham-based groups. Caritas Ensemble are performing a programme of French and German chamber music at St Chad’s Church, Sunderland on 15 June and all proceeds from this concert will go to St Benedict’s Hospice. Further ahead, into August, Miranda Wright and her students have a production intriguingly titled “Tell me the truth about love” so all I’m able to deduce so far is that it will include that wonderful Britten song. I’m also guessing, from what I’ve heard, that there will be more to it than a straightforward recital. What I am sure of is that it will be a very entertaining summer evening, with some great singing.

My round up of Durham's summer concerts; end of year concerts by student ensembles, and concerts by local groups. From huge orchestral fireworks, to intimate chamber music and beautiful choral works, there's plenty to choose from.

PrevPreviousETO’s fierce and thrilling King Priam
NextComing soon: Monteverdi L’OrfeoNext
Music in Durham brings you classical music listings, previews, reviews and news for Durham, with a bit of random blogging thrown in. The concert listing pages bring together classical music events from across the City and the University, so whether you’re looking for a great concert to go to, or if you’re planning something and want to avoid clashes, this is the place to look.
Menu
Twitter Facebook-f Envelope