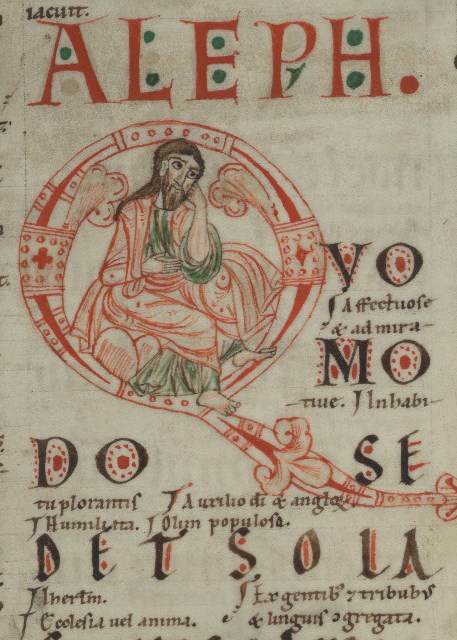 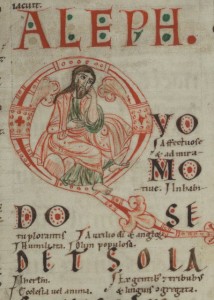 Here begin the Lamentations of the Prophet Jeremiah.

One of the most atmospheric services in the Catholic liturgy must surely be Tenebrae, the service of shadows to mark the last three days of Holy Week, the darkest part of the Christian year. In the monasteries of the Middle Ages, the services would have taken place in the small hours of the morning on Maundy Thursday, Good Friday and Holy Saturday but in later times, the habit was to shift each service forwards to the previous afternoon, so that the first three of Couperin’s Leçons de ténèbres would therefore be sung on the Wednesday of Holy Week. Tonight’s performance in Ushaw College was therefore entirely appropriate for being given on Holy Wednesday, in a stunningly beautiful Roman Catholic chapel. The addition of the traditional extinguishing of candles after each part, and reverent silence at the end set the work perfectly in its spiritual setting.

Couperin sets the Tenebrae texts for two sopranos, with viola da gamba and keyboard. The first two Leçons are for a solo singer – tonight’s sopranos Emily Owen and Charlotte La Thrope taking one each, and then the two voices twist and turn together gloriously as the work reaches its climax in the third Leçon. It’s this last duet that is probably the best known part of Couperin’s masterpiece, having been included in the magnificent soundtrack to the film “Tous les matins du monde”, but when heard in the context of the whole work it’s spine-tinglingly gorgeous.

The intensity of grief and penitence expressed in the texts for Tenebrae, taken from the Lamentations of Jeremiah, are surely a gift for any composer. Couperin never overdoes things, but pours out a fluid, unbroken lament, the endless weeping turned into a thing of fragile beauty. Emily Owen and Charlotte La Thrope both combined ethereal purity with the rock solid technique needed to spin out Couperin’s endlessly decorated melismas. It’s common for French baroque music to be lavishly embellished with ornaments, and between each section of the Latin text comes one of the Hebrew letters of the alphabet, which Couperin turns into lavishly illuminated capitals, taking the musical illumination to florid extremes. Crucially, both singers made the ornamented lines feel entirely natural, as if this is just what voices are meant to do, and in the final movement, their synchronisation was phenomenal. They told me afterwards how much they’ve enjoyed singing this together, and their musical empathy came across throughout.

I imagine it’s usual to share the first two Leçons between the soloists, and in the differences between the two voices helped me to see contrasts in the texts that I might not otherwise have noticed with a single soloist. Emily Owen expressed bitterness and pain with just the tiniest touch of edge and vibrato in the first Lecçon whilst Charlotte La Thrope’s slightly softer, gentler voice expressed the regret as the text reflects happier former times, and the two merged into the great sorrows of the duet.

Under the angelic voices, the viola da gamba line holds the listener on earth; without it, we could almost forget the text and let the sopranos take the mind soaring off to heaven, but the repeating descending scales and sighs of the viola da gamba keep reminding us of the sadness of earthly life. Sam Stadlen’s luxurious sound added richness to the timbre against the pure voices, providing both sensitive and lyrical accompaniment and extra flourishes to the most dramatic parts of the texts, and John Green, accompanying on chamber organ, provided the musical glue to hold the whole delicate edifice together.

Sam Stadlen treated us to two solo viola da gamba works between the Leçons. Fantaisie en Rondeau by Ste Colombe le Fils was both elaborate and atmospheric, showing off the expressive power of the instrument and the immense skill of the player. Both this and Couperin’s surprisingly gentle Pompe funèbre, with John Green adding a delicate filigree with the organ, held me entranced.

The chapel setting, with the musicians between the pews, surrounded by the audience added to the atmosphere, creating intimacy in the big acoustic and glorious architecture, resulting in something between a concert and an act of worship. I was left with a deep sense of wonder at how much beauty we humans are capable of creating, amidst the pain and darkness and chaos and that just by being there, listening, we had all of us together done one small thing to add to the sum of beautiful things.

PrevPreviousThe Bishop’s Consort: St John Passion
NextConference: Music and literatureNext
Music in Durham brings you classical music listings, previews, reviews and news for Durham, with a bit of random blogging thrown in. The concert listing pages bring together classical music events from across the City and the University, so whether you’re looking for a great concert to go to, or if you’re planning something and want to avoid clashes, this is the place to look.
Menu
Twitter Facebook-f Envelope