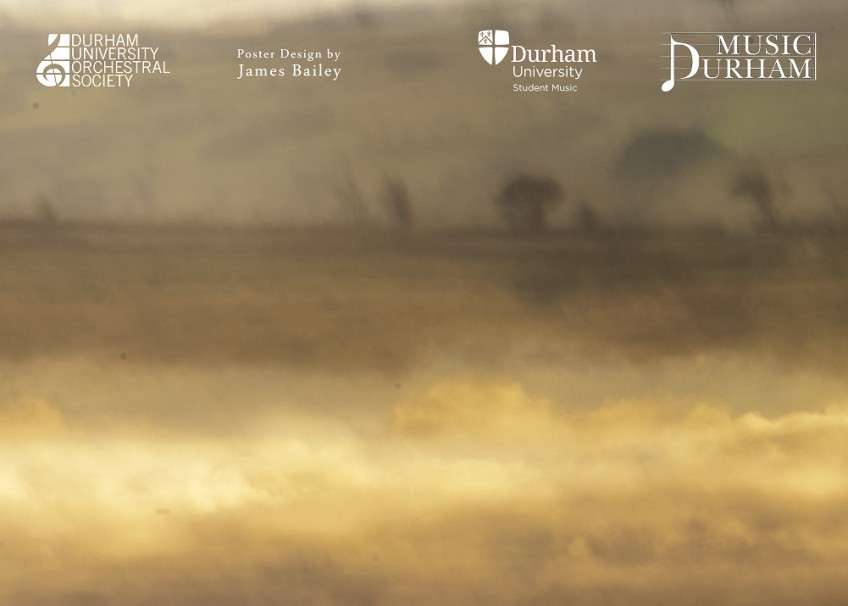 Why do some pieces of music endure and others fall forgotten into dusty corners? Is it simply down to the quality of the music? Changes in fashion or taste? Or downright prejudice against composers from different backgrounds? In the music in Durham University Symphony Orchestra’s imaginative programme last night in Durham Cathedral, I suspect a bit of all these elements apply.

The concert was presented in partnership with The Stanford Society as part of the society’s festival, and the meat of the programme consisted of Stanford’s cello concerto and the first modern performance of his incidental music to ‘Becket’. DUOS began though with a piece that is having a bit of a comeback this year, Ethel Smyth’s overture to her opera The Wreckers. The story is set in a remote Cornish fishing community where the inhabitants lure passing ships onto rocks in order to plunder their cargoes. In a confident, dramatic opening, DUOS brought out the restless roaring of the sea, with clean strings punctuated by strong low brass. A softer wind passage created a vivid and slightly sinister picture of moonlight on a calm sea, followed by hints of Cornish folk tunes in a big sweeping melody – bolstered by the optional addition of the cathedral’s mighty organ. Conductor Monty Milner held the orchestra tightly together through some really exciting, turbulent music and definitely whetted my appetite for the full opera. It’s receiving its first full professional performance at Glyndebourne this summer, so I’m hoping it will be broadcast.

Stanford’s cello concerto that followed didn’t entirely stand up against Smyth’s imagination and colour and the smaller forces of the orchestra seemed a little less confident without the additional winds and brass. The concerto clearly showed the influence that German composers had on Stanford, almost too much – it was perfectly pleasant and there were some lovely moments, such as a rich melody in the first movement that simply oozed German romanticism. Soloist Richard Jenkinson’s articulation sounded somewhat muddy to begin with in the cathedral’s big acoustic, but this improved as the performance went on, and we had an impressive display of virtuosity in the first movement’s extensive cadenza. After a gently lyrical second movement, the most enjoyable part of the concerto for me was definitely the finale. A quirky wind introduction led into a playful rondo, with some stylish playing and it seemed that orchestra and soloist were more comfortable with each other than had been the case earlier on.

This concerto has been performed and recorded a few times but the other Stanford piece on the programme was receiving its first modern performance this evening, thanks to the work of Durham’s Professor Jeremy Dibble, who has done so much to bring forgotten British music back to life – this is the third Stanford modern premiere that I’ve reviewed. The play ‘Becket’ was written by Tennyson as part of a triptych of English historical dramas and first staged by the actor Henry Irving who commissioned Stanford to write incidental music. The play and the music were a great success and Stanford subsequently worked it into the orchestral suite that we heard this evening.

In contrast to the cello concerto, which felt very derivative, this delightful suite was original and full of charm. There were hints of cinematic medievalism from the brass in the opening salvo and the organ was briefly deployed again to set the cathedral scene. There was some lovely wind playing in the delicate quieter movements, particularly in the ‘Rosamund’s Bower’ entr’acte where shimmering orchestral textures created a sense of being surrounded by flowers. A brief vocal duet for Rosamund and King Henry was sung with warmth and tenderness by soprano Alex Milne and baritone Tom Parker, both voices pleasingly light and clear, with excellent projection and diction although the very brief and athletic ‘Babble’ that followed was less secure. The lower strings delivered passion and anguish in ‘Becket’s rest’, bringing out the protagonist’s inner turmoil and impending martyrdom. The final Funeral March was played at Stanford’s own funeral and would have been a fine tribute. The German influence was evident again here, in the harmonic language and the chorale-like melody, the heavy tread of a long, slow procession bringing this fine piece to its close. I wasn’t convinced by the cello concerto, but this suite is definitely something I’d be keen to hear again.

Samuel Coleridge-Taylor enjoyed considerable success as a composer, particularly his trilogy of cantatas The song of Hiawatha. I suspect that maybe the success of this piece overshadowed his other works, so that as it fell out of fashion, so his other music was forgotten too. Now, alongside Florence Price, he’s become a go-to composer for anyone who wants to combine symphonic romanticism with diversity. His Symphonic Variations on an African Air draws on his mixed heritage – his mother was white English and his father was from Sierra Leone – and made a fine ending to this evening’s concert. The trombones and timps gave a nice rolling pulse to the opening statement of the theme – the spiritual ‘I’m troubled in mind’ – and there was nice phrasing and line in the strings throughout. The spirit of this theme remained ever-present through the following set of variations, which included a beautifully played clarinet solo, a muted brass passage that had a really jazzy swing to it and a lovely brief trumpet solo towards the end.

It’s great to see that DUOS have emerged from the difficulties of the last two years with such a fine ensemble, presenting a challenging programme with both poise and flair, as if they’d never been away.

PrevPreviousHidden symphonic gems
NextChichester Psalms and Mozart RequiemNext
Music in Durham brings you classical music listings, previews, reviews and news for Durham, with a bit of random blogging thrown in. The concert listing pages bring together classical music events from across the City and the University, so whether you’re looking for a great concert to go to, or if you’re planning something and want to avoid clashes, this is the place to look.
Menu
Twitter Facebook-f Envelope