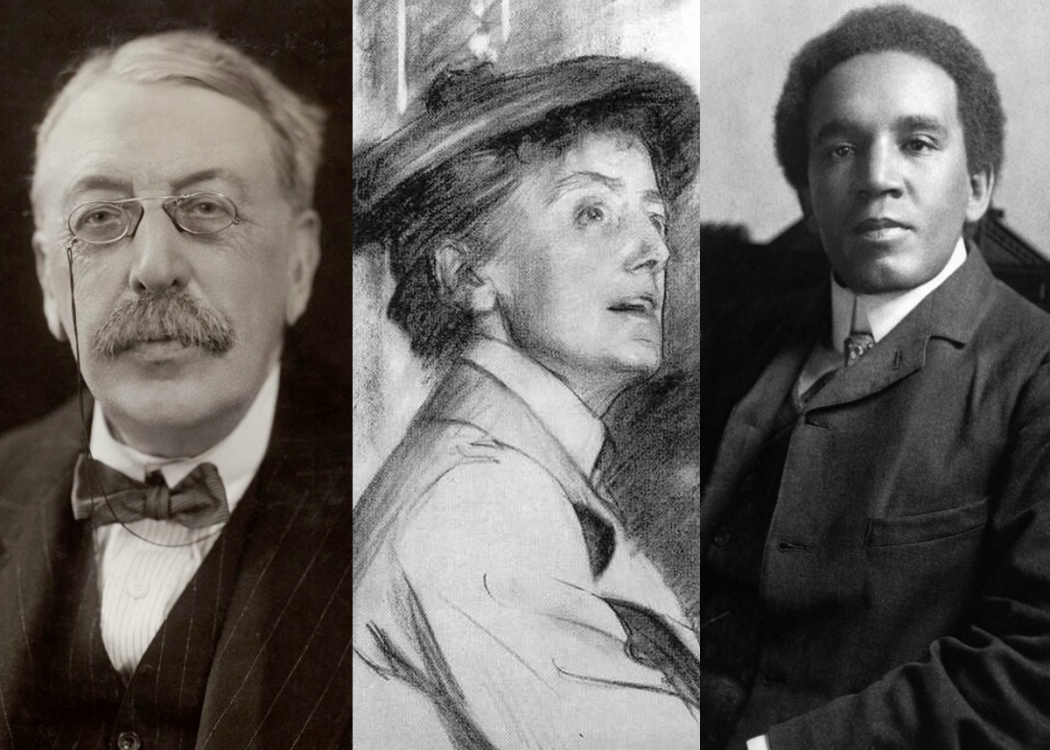 Next weekend, Durham University Orchestral Society have a fascinating programme of hidden gems of British orchestral music, including music that hasn’t been heard for a hundred years. Charles Villiers Stanford is best remembered today for his choral music, which is core Anglican repertoire, but he also wrote a lot of orchestral music, including seven symphonies and a handful of concertos, several of which received their first modern performances here in Durham, thanks to the work of Professor Jeremy Dibble. Another piece sees the light of day for the first time in over a century in this concert. Matthew Madeley, President of DUOS explained the background to Charles Villiers Stanford’s incidental music to ‘Becket’, part of a triptych of English historical dramas by Tennyson:

“Tennyson completed Becket in 1879. Stanford, who knew Tennyson well and set many of his texts in song and choral works, accepted a commission from Henry Irving to write the incidental music for the play (which accorded with Tennyson’s dying wish) with a great sense of honour. He put much effort into the music which proved one of his most elaborate and original scores for the theatre and after the Lyceum production (which was one of Irving’s greatest successes) he recast the music as an orchestral suite for the concert hall.

We are delighted to be collaborating with Professor Jeremy Dibble, whose research into the music of C.V. Stanford has resulted in the revitalising of Stanford’s incidental music to Lord Tennyson’s play Becket.

Jeremy Dibble has been a professor in the Music Department since 1993, specialising in the British and Irish music of the nineteenth and twentieth centuries, church music, and British musical criticism. The score of Stanford’s Becket, which remains unpublished, has been edited for this performance by Professor Dibble from the autograph manuscript in the National Library of Ireland has not been heard in this form since 1905. We are indebted to him for his dedication and thorough research into the music of Stanford and we’re very excited to bring this piece of music back into circulation and to be giving the first performance of this suite for over a century.

“We are also delighted to be working on this concert in collaboration with the Stanford Society who are generously supporting and helping us work towards our performance.”

Matthew added that the orchestra have also very much enjoyed working with cellist Richard Jenkinson who will join them for Stanford’s virtuosic cello concerto. Richard was Principal Cello with the City of Birmingham Symphony Orchestra from 1998 to 2016 and has appeared as guest principal with other major orchestras, including Royal Northern Sinfonia.

Stanford’s cello concerto, completed in 1880,  has been described as a landmark in British cello music. When I reviewed the first modern performance of Stanford’s B-flat piano concerto in 2016, I was particularly taken with its melancholic slow movement, German influence and interesting scoring, and reviews of recordings of the cello concerto suggest more of the same, so this is definitely something that I’m expecting to enjoy!

As well as the two Stanford pieces, DUOS perform works by two composers who have been receiving long-overdue attention in the last few years thanks to a general reassessment of attitudes to composers who are not white men. Ironically Ethel Smyth was a prominent suffragette as well as a composer, and her ‘March of the Women’ became the anthem of the suffragette movement. Her opera ‘The Wreckers’, a psychological drama set in a small Cornish seaside community, receives its first modern performance at Glyndebourne this summer, so the inclusion of the overture in this concert is timely.

Like Stanford, Samuel Coleridge-Taylor has long been associated mostly with choral music, thanks to his most famous work, The Song of Hiawatha, a three-part cantata setting Longfellow’s poem –Stanford in fact conducted the premiere, and it was wildly popular for many years. It was certainly the only thing I knew about Coleridge-Taylor, as I think I may have sung something from it once  (probably when I was with Royal Choral Society, as they made two early recordings of the work). Coleridge-Taylor’s Symphonic variations on an African air which concludes DUOS’s concert is based on the African-American song ‘I’m troubled in mind’, drawing on the composer’s mixed-race heritage. It moves between being stirring and playful, with the big sweep of large landscapes and some characteristically English sounds, with some lovely brass and wind writing.

Durham University Orchestral Society is made up of a Symphony Orchestra and a Chamber Orchestra, and is unusual among university orchestras in being entirely student run, including its conductors. Matthew Madeley says; “We strive to perform superb orchestral music to an outstanding standard, putting on concerts that reaffirm our position among the finest student orchestras in the country. We believe this is achieved through empowering and encouraging all our members to achieve their full potential and by creating an open and inclusive rehearsal space, our members make memories and friendships that last a lifetime.”

The DUOS concert is on Saturday 5 March in Durham Cathedral. More details here

Many thanks to DUOS and Matthew Madeley for their contributions to this preview. 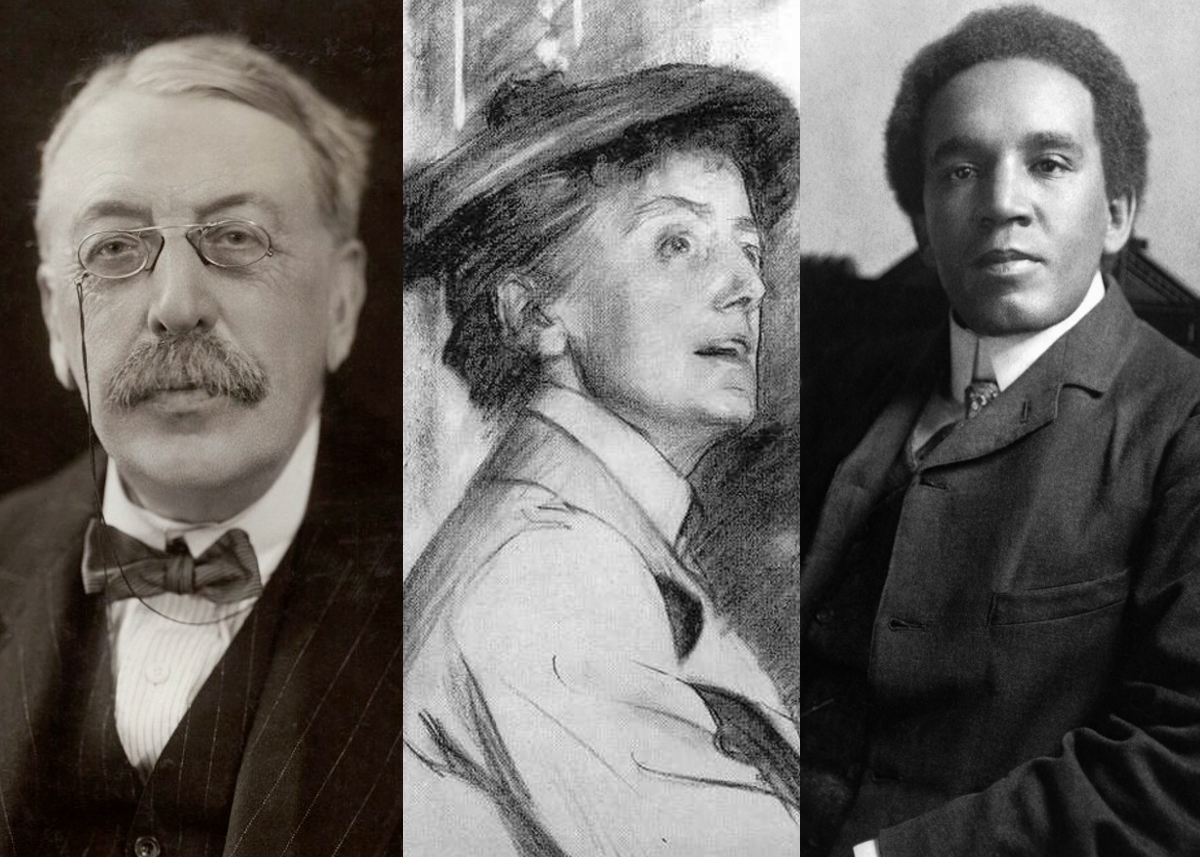 PrevPreviousDULOG: Guys and Dolls
NextDUOS: Stanford, Smyth, Coleridge-TaylorNext
Music in Durham brings you classical music listings, previews, reviews and news for Durham, with a bit of random blogging thrown in. The concert listing pages bring together classical music events from across the City and the University, so whether you’re looking for a great concert to go to, or if you’re planning something and want to avoid clashes, this is the place to look.
Menu
Twitter Facebook-f Envelope