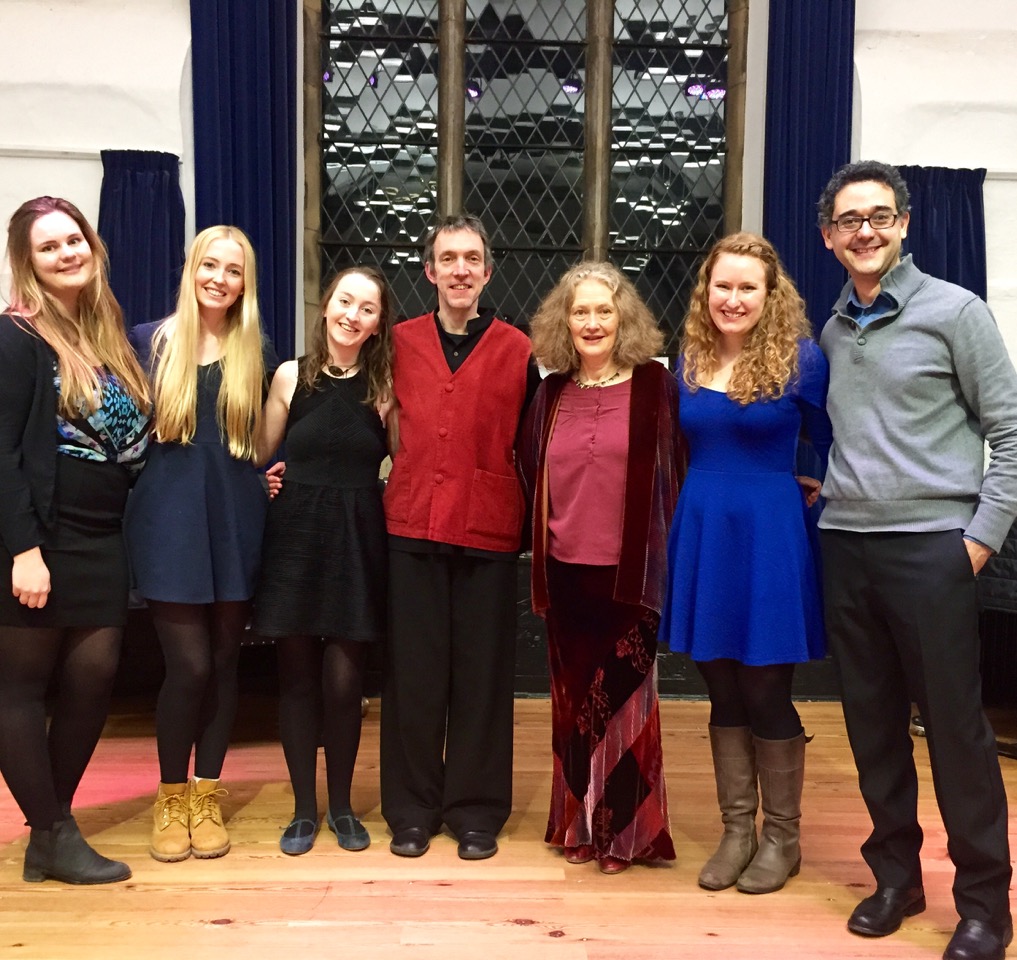 Emma Kirkby and Jacob Heringman gave sublime performances of English lute songs and we heard too how they are inspiring music students at Durham University.

I turned up at Durham University music department last night for a concert that had me gasping in excitement when I first saw it quietly advertised on Musicon’s website: Emma Kirkby and Jacob Heringman, two superstars of the early music world, performing English lute songs – what a treat. When I picked up my programme though, I found an extra surprise; not only were we getting to hear these two incredibly experienced musicians, we would also be getting a glimpse of the work that they’d been doing over the last couple of days with a group of second- year music students.

As Emma Kirkby and Jacob Heringman demonstrated with such beauty in their first set of songs, by that renaissance superstar John Dowland, this is incredibly intimate music, a private conversation between singer and lute, and this feeling was enhanced by the fact that both musicians were seated, so were on a level with each other. (The small drawback here was that it wasn’t always easy to see Emma Kirkby’s animated expressions that illuminated her singing). There was nothing flashy or clever here, just a quiet, gentle stillness within the sound that completely absorbed everyone.

Soprano Laura Mullaly was the first student to sing after this sublime opening; her Lend your ears, was light, graceful and fluid, and watching and listening to her and those who followed, it was clear that they had completely absorbed the idea of conversational intimacy that makes these songs work. Dowland’s Flow my tears was a hit across Europe, and has remained so with musicians of every style; Sophie Kidwell and William Ford, with guitarist David Cotter gave it a serenely understated performance. The other male soloist, tenor Thomas Brooke, took us on a brief trip to Italy with a smouldering Amarilli mia bella (Giulio Caccini), his sighing ornamental turns loaded with passion.

We also heard from man behind many of Dowland’s lyrics, Thomas Campion who, in true renaissance polymath style was also an accomplished composer. As a poet, Campion was concerned that Dowland’s elaborate filigree obscured his clever words, and he preferred his songs “short and well-seasoned”, to show off the text. Charlotte Woodward brought out all the melancholy of Campion’s My love hath vow’d, the lute just adding mournful drooping sighs, but it wasn’t all doleful, as Emma Kirkby demonstrated with the playful and naughty It fell upon a summer’s day and with the amusing musical allusions in John Danyel’s Like as the lute delights, or else dislikes.

Sometimes it seems to me that the melancholy of Dowland and others comes across as a polished artifice, something created to satisfy the tastes of the time,  but then along come works like Thou mighty God, that rightest every wrong with which Emma Kirkby and Jacob Heringman opened the second half. This song takes the stories of Job, King David and a cripple healed by Christ and works them into a startlingly powerful and honest prayer for patience, marked by unsettling rhythmic jolts and speed changes.

As well as playing his part in the dialogue of the songs, Jacob Heringman gave us several entrancing solo lute pieces, bringing out amazing differences of texture and colour; crystalline brightness contrasting with darker earthiness and hints of drones and eastern-sounding tonalities. I have no idea how much of what he was playing was notated, but everything felt relaxed and improvised, and done for the sheer pleasure of the music.

The counterpart to the solo lute song is the madrigal, and each half ended with well blended group performances, the most enjoyable of which was Campion’s Never weather beaten sail led by Fiona Brindle’s fresh, clear solo line.

I came along to this concert expecting a wonderful recital by two inspiring musicians: but more importantly, I came away seeing how their generous work with young musicians means that this  wonderfully rich body of song is taking life in a new generation, and it was a privilege to be able to see that in action.

Emma Kirkby and Jacob Heringman gave sublime performances of English lute songs and we heard too how they are inspiring music students at Durham University.

PrevPreviousChildren’s choir at St Oswald’s
NextJob vacancy: DUCS Musical DirectorNext
Music in Durham brings you classical music listings, previews, reviews and news for Durham, with a bit of random blogging thrown in. The concert listing pages bring together classical music events from across the City and the University, so whether you’re looking for a great concert to go to, or if you’re planning something and want to avoid clashes, this is the place to look.
Menu
Twitter Facebook-f Envelope