DUCC: Even in silence 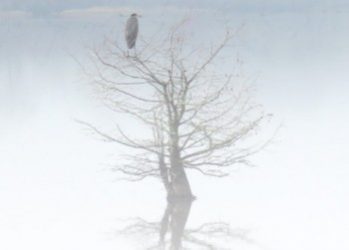 Silence isn’t an obvious subject around which to build a concert programme. However, in the Orthodox church, there is a form of mystical prayer in which the believer uses silence and stillness to reach a vision of God’s light, and this idea lay at the heart of much of the music sung this evening in Durham Cathedral by Durham University Chamber Choir in their final concert of the year.

Most of the programme was by composers rooted in Orthodox Christianity: Russians of course, alongside Arvo Pärt and John Tavener, both of whom create a delicate synthesis of Western and Eastern traditions. Staying in Northern Europe, and keeping with the theme of stillness and light, but drawing on an entirely different form of Chirstianity, the Chamber Choir also slotted in three works by Norwegian composers, beginning with Peace I leave with you by Knut Nystedt. This was an effective opening to the concert, clearly setting out this choir’s strength: their ability to be both tightly disciplined yet also imaginative and expressive. They are laser-precise in their accuracy, with an excellent blend but never dull. The Nystedt piece was full of colour, but with a captivating stillness at its heart.

Silence and light were also the theme of the second Norwegian composer on the programme. Kim André Arnesen’s Even when he is silent sets anonymous lines found scrawled on the walls of a concentration camp, expressing belief in the sun, in love and in God, even in darkness and silence, and was sung with passion and warmth. I liked the fact that DUCC conductor Theo Golden framed this work with two settings of the ‘Nunc Dimittis’, with its call for God to be a light for the whole world.

The first of these ‘Nunc Dimittis’ settings was Rachmaninov’s version from his All Night Vigil, ending with that infamous low bass descent to a low B-flat. Tenor James Draper gave the solo line a lovely creamy tone and I was delighted by the glowing alto entry on the word ‘light’, And the basses? With the second basses DUCC currently have, quite frankly it would have been a wasted opportunity not to give them Russian music to sing. Although the tone was a little rattly, the low notes here, and in Chesnokov’s We Hymn Thee, were absolutely solid and very powerful. At the other end of the scale, I enjoyed the pure, high sopranos in Rachmaninov’s Cherubic Hymn. This piece also particularly showed the singers’ sensitivity to each other, allowing the interesting bits of the polyphony to come through, wherever they happened to be in the texture. Out of everything on the programme, it was this piece that felt the most Russian to me, giving me a glimpse of golden domes and a yearning to be back in Moscow.

Alfred Schnittke was a Soviet composer with a German-Jewish background. His ‘Three Sacred Hymns’ set Church Slavonic texts of the Hail Mary, the ‘Jesus Prayer’ (a key element in the Orthodox tradition of stillness) and the Lord’s prayer. I don’t know how much language coaching DUCC had, but in these Schnittke pieces in particular, they gave a strong sense of the words. The Hail Mary flowed nicely and was full of joy, and in the Jesus prayer, there was deep pleading on the word ‘have mercy’, helped by deliciously spiky harmonies. There was a nice balance between the parts in the Lord’s Prayer with sincerity on the request that we be not led into temptation, then the temperature rose through deliver us from evil, climaxing on a spine-tingling ‘Amen’.

DUCC’s Russian was, to my ear, mostly pretty good. We were only given the English text in the programme, but on the whole their pronunciation and diction were convincing enough that I could follow the Church Slavonic texts in my head. The only glaring error, that really jarred, particularly in the second Schnittke because the word was repeated so much, was a ‘sh’ in the middle of the word Gospodi – a mistake often made by English choirs. On the other hand, the soft ‘kh’ on the last word of the Bogoroditse, ‘nashikh’, another common danger-point, was perfectly done.

Estonian composer Arvo Pärt has made a home in the UK, and much of his choral music is in English or Latin. We had both this evening. The Nunc Dimittis at the beginning of the second half wobbled a bit to begin with but settled down. Rather than pinging Pärt’s bell-like tonality down the cathedral nave, Theo Golden went for a more muted sound until the Gloria when everything opened up, creating a nice feeling of resolution.

The other piece by Pärt, Tribute to Caesar, showed him setting English, taking an incident from the Gospels that I don’t think I’ve ever heard set to music before: the Pharisees trying to trick Jesus by asking him whether it’s right to pay tax to the Romans. Theo Golden drew strong characterisation and narrative from his singers, with the upper voices giving a vicious edge to the words of the Pharisees. Soloist Alexander Lee sang Jesus’s part with a clear, strong baritone that carried both authority and sadness, surrounded by a halo of upper voices.

The most demanding piece in the concert, for both singers and listeners, was John Tavener’s Missa Wllensis, written for Wells Cathedral choir. Tavener shines a strong, severe light on the soul; listening to it, I felt spiritually naked, exposed, with nowhere to hide. There’s nowhere for the singers to hide either; it’s all dazzlingly bright dissonances, that beat in your head like caged birds, and with some punishingly sustained high soprano singing. DUCC made a magnificent job of it. The two soloists in the ‘Agnus Dei’, soprano Rosanna Wicks and tenor Alex Akhurst were cool and assured on their awkwardly angular lines and the whole choir entranced me with the brief angelic dance at the beginning of the ‘Sanctus’.

After the harsh glare of the Tavener, the gentle chant of Kedrov’s setting of the Lord’s Prayer was soothing balm. DUCC turnied back to another Norwegian composer to end, finishing with Ola Gjello’s ‘Sanctus’, with a lovely flowing solo from Tad Davies and a final ringing Hosanna made a warm ending to an excellent concert. 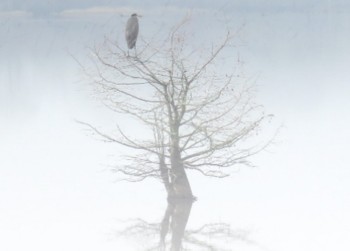 PrevPreviousRed Priest: Truly, Madly Baroque
NextDUOS A Symphonic JourneyNext
Music in Durham brings you classical music listings, previews, reviews and news for Durham, with a bit of random blogging thrown in. The concert listing pages bring together classical music events from across the City and the University, so whether you’re looking for a great concert to go to, or if you’re planning something and want to avoid clashes, this is the place to look.
Menu
Twitter Facebook-f Envelope