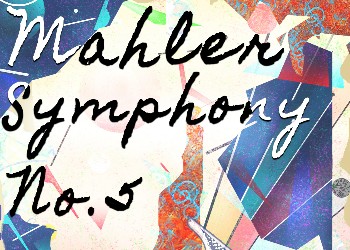 DUOS ended their year with an impressive journey through contrasting symphonies by Saint-Saëns, Prokofiev and ending with a thrilling Mahler 5.

I’ve been to a few Durham University Symphony Orchestra concerts over the years, but I think this evening’s ranks as one of the most ambitious bits of programming I remember seeing. Mahler’s Fifth Symphony is not for the fainthearted. It’s huge in all dimensions – in its length, in its breadth of emotion, and in the numbers required to play it – and it has some terrifying solos too. For a student orchestra whose players are not all specialist music students, putting in the performance they gave this evening was impressive.

It’s also unusual to hear three symphonies all in one concert: before the full DUOS Symphony Orchestra’s Mahler, the DUOS Chamber Orchestra played Prokofiev’s elegant miniature ‘Classical symphony’ and opened with Saint-Saëns’ Symphony No.2, a piece that was completely new to me, and an absolute delight. Conductor Theo Golden got it off to a bright, confident start, with a lovely polished string sound throughout, but particularly in the first movement which seems to look back to the early romantic era. The first movement had a nice shape to it, with tension in the winds building up to some stormy, passionate music that had a good pace and sense of direction. The second movement looked back even further, recalling a renaissance dance; it began with a tender, distant stillness, before sweet wind solos over rich low strings. An energetic little scherzo, ending with a bluesy trumpet solo follows before a rondo that began with light breeziness and built up to a fun-filled whirl. What was notable throughout the Saint-Saëns was the orchestra’s excellent balance, with every part clear despite the tricky cathedral acoustic..

This balance and clearly delineated line was apparent again throughout the massive textures of the Mahler, but the Prokofiev was a bit blurry, and the cathedral was perhaps not the best place for a piece of such delicate textures. It could perhaps have benefitted from slightly slower speeds as in places it felt a bit helter-skelter and not completely together, but overall, the style and mood of the piece came through strongly. After a chaotic opening, the first movement, settled down, with lovely dynamic contrasts in the subject and its answering phrase, and there was some elegant bassoon playing at the end that came through really clearly. I felt the third movement was rather fast for a gavotte, but it had flair and style. While the Saint-Saëns had mostly showcased the DUOS Chamber Orchestra’s string sound, here it was the winds who shone, particularly in their running scales in the fun-filled final movement.

I’ll admit that I was a little apprehensive about the first movement of the Mahler, having heard some disappointing trumpet playing from student ensembles in the past, so I was absolutely thrilled to hear the famous opening played so stunningly this evening by Martha Dean. Conductor Alex Mackinder gave the orchestra and audience plenty of time, wisely waiting for complete silence before he started. Martha Dean sent the fanfare pinging confidently down the nave, each note carefully shaped with a good decay, giving me goosebumps. And on each repeat, she gave a bit more, before ending the movement with a sublime pianissimo. Set against her, the lower strings were heavy and brooding, and I was surprised to see that there were only three double-basses creating such depth of sound, although there was a large cello section. The climaxes were loud and exciting, but always with a carefully controlled dying away.

Continuing the dark mood, the second movement was punchy and turbulent to start with, and the dark velvety sound from the cellos brought a poignancy that looked ahead to the famous Adagietto. It was in this movement particularly that I felt Alex Mackinder had really got to grips with Mahler’s enormous structure, as the mood gradually brightened, the dark clouds parted and radiant brass shone through. It was a cathartic moment, albeit brief before the darkness descended again in a muted trumpet and an ominous stillness in the final timpani strokes. The third movement didn’t always hang together, but the big horn tunes were powerfully emotional, particularly in the achingly lovely passage accompanied by the strings. The pizzicato section provided a nice moment of calm, and the waltz was full of joy.

The fourth movement ‘Adagietto’, for strings and harp is a great outpouring of love by the composer for his wife Alma, and easily the best-known bit of music Mahler ever wrote. DUOS were warm and gentle, with a gorgeous rich sound from the violas. It began very intimately, gradually opening up to become soothing and content, wrapping the audience in a warm embrace before dying away with great tenderness. The beauty of the brass playing in the first two movements had already weakened me, so I wasn’t surprised to find myself in tears by the end of the Adagietto.

After all that, the sunshine of the final movement was most welcome. Again, the orchestra were nicely balanced so that we could appreciate all the lines in the complex counterpoint, and the brass were dignified in their summing up. Mackinder gave a clear sense of all the ideas in the symphony coming together, merging into a joyous conclusion; for him, and for all the others leaving Durham this year, it was a triumphant way to end.

DUOS ended their year with an impressive journey through contrasting symphonies by Saint-Saëns, Prokofiev and ending with a thrilling Mahler 5.

PrevPreviousDUCC: Even in silence
NextBadinage: Voice of the BridgeNext
Music in Durham brings you classical music listings, previews, reviews and news for Durham, with a bit of random blogging thrown in. The concert listing pages bring together classical music events from across the City and the University, so whether you’re looking for a great concert to go to, or if you’re planning something and want to avoid clashes, this is the place to look.
Menu
Twitter Facebook-f Envelope