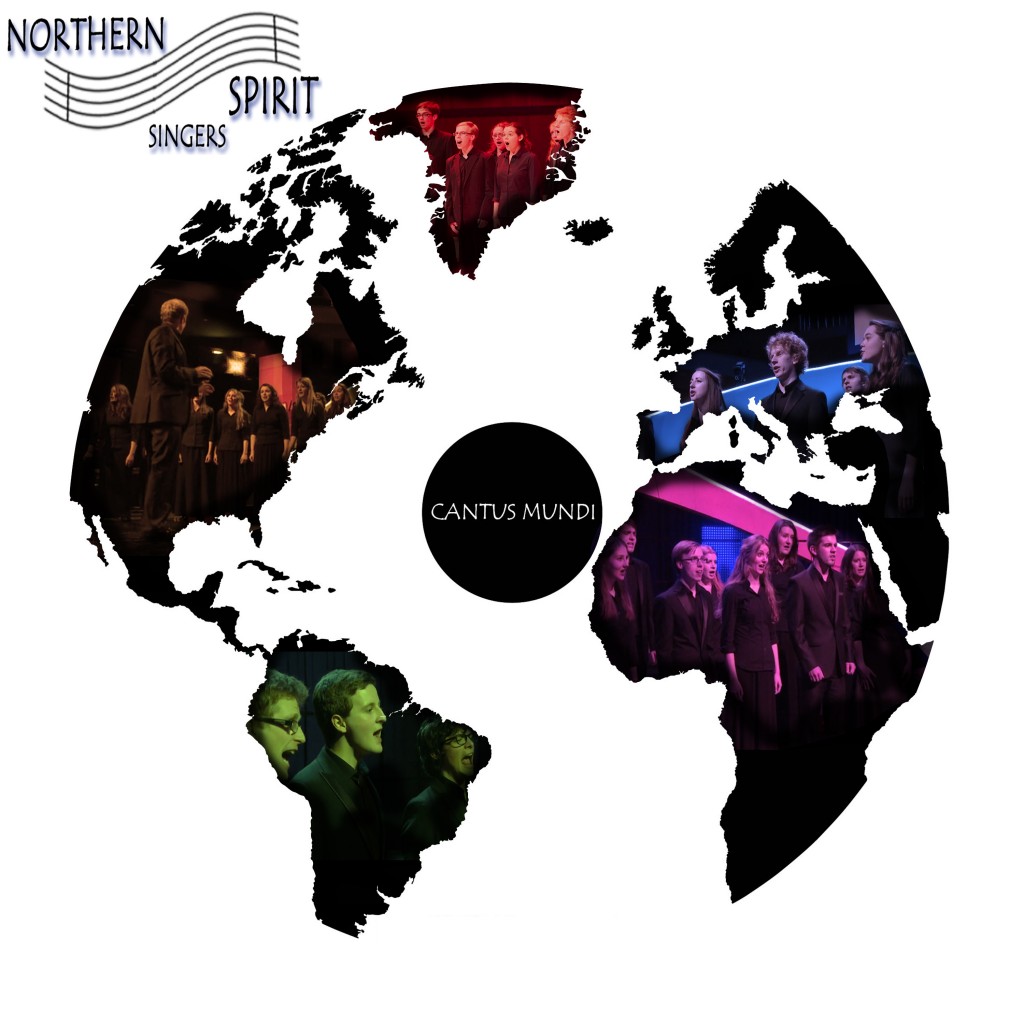 A review of Northern Spirit Singers' new digital album, Cantus Mundi, a round-the-world tour that takes in Europe, Russia, the Americas, India and Durham showcasing the choir's talent for both the exciting and the sublime. 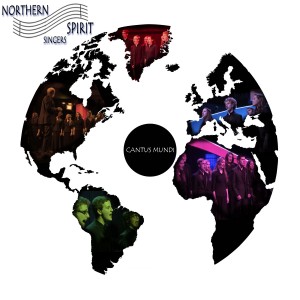 Somehow I keep missing Northern Spirit Singers’ concerts in Durham, but now I feel as if I’m making up for it a bit, as the vibrant singing on their new digital collection Cantus Mundi has all the immediacy of a live performance. It’s a half-hour whirl around the world, with music from Finland, the Americas, Russia, France, Germany and India – and in the midst of it all, Durham, represented by Will Todd’s setting of Bede’s prayer Christus est Stella.

There are a number of ferociously energetic showcase pieces on this album which make it easy to see why Northern Spirit won the adult section in 2014 Choir of the Year. Kalimba, a piece in creole by Haitian composer Sydney Guillaume which closes the album, emerges from conversation, like an impromptu party piece, and Northern Spirit disguise its complexity with their relaxed Latin swing. The first piece on the album, Mia Makaroff’s Kaikki Maat, Te Riemuitkaatte also has a Latin feel to it but it’s actually Finnish; it’s an apt start for such an international album, and the deliciously light crispy consonants instantly show off Northern Spirit Singers’ capabilities.

As you might guess from the previous paragraph, quite a bit of this album is made up of music outside the standard choral repertoire, and so the lack of any sort of notes to accompany the download is a bit of a drawback (I had to do quite a bit of googling for this review). The catchy El Hambo, by another Finnish composer, Jaakko Mäntyjärvi, seems to get around that problem though, because as it sounds as if it’s all nonsense syllables (although I grant that it could, for all I know, be Finnish).

For all the energy and fireworks, the loveliest singing on this album comes in the gentler pieces, although these tracks also expose a few slight technical weaknesses in the recording quality. Poulenc’s O Magnum Mysterium is taken at a reasonably quick pace, but the way that the high soprano entries float over the lower voices gives the piece a real sense of serenity, and in Schütz’s Die Sieben Worte Jesu Christi am Kreuz , the well-sustained lines of counterpoint come across beautifully. Christus est Stella offers cool refreshment after the Battle of Jericho, and Morten Lauridsen’s Contre Qui, Rose has a lovely glow to the sound. Too many choirs fall into the trap of thinking they are capable of singing Lauridsen’s music, but I find that only a few, such as Northern Spirit, can actually sing it well enough to make it sound beautiful, not dull.

The absolute highpoint though for me (and literally the highpoint, given the dizzying soprano solo at the end) is the Moses Hogan arrangement of The Battle of Jericho which Northern Spirit Singers attack with all the fervency of a gospel choir, with some very exciting dynamics, tight close-harmony singing and the wonderfully free bass interjections, and the soprano soloist Nerys Angel sounds as if she’s pouring it her whole heart and soul into it. It’s Northern Spirit, and it’s thrilling to hear.

A review of Northern Spirit Singers' new digital album, Cantus Mundi, a round-the-world tour that takes in Europe, Russia, the Americas, India and Durham showcasing the choir's talent for both the exciting and the sublime. 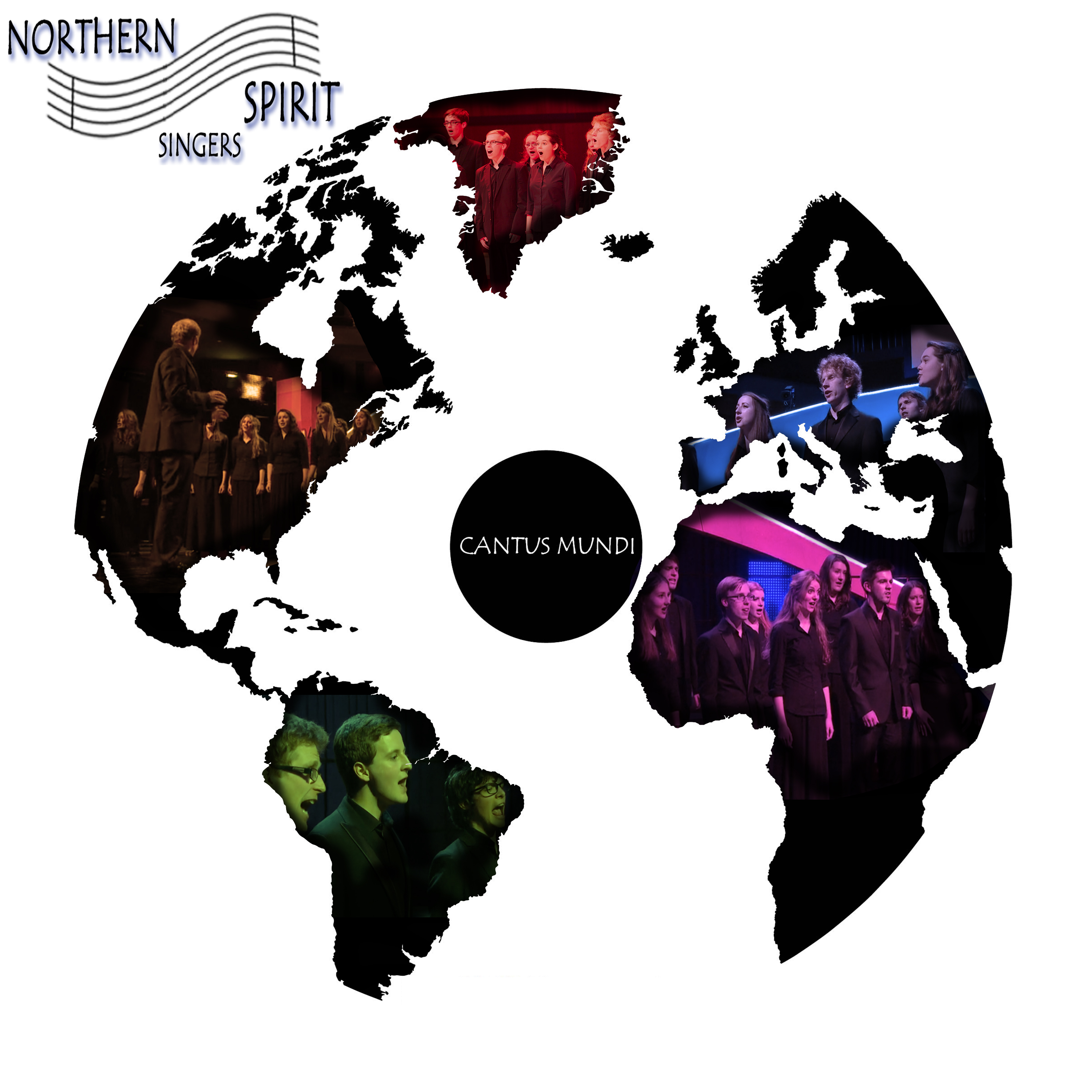 PrevPreviousCD review: Francesca Massey – Bravura!
NextSinging SpemNext
Music in Durham brings you classical music listings, previews, reviews and news for Durham, with a bit of random blogging thrown in. The concert listing pages bring together classical music events from across the City and the University, so whether you’re looking for a great concert to go to, or if you’re planning something and want to avoid clashes, this is the place to look.
Menu
Twitter Facebook-f Envelope