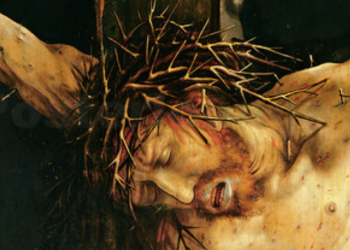 Bach the theologian was at the heart of a small-scale St John Passion that shone with triumphant glory, sung by the Bishop’s Consort, directed by David Stancliffe. 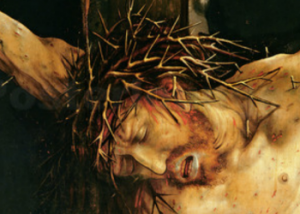 It’s easy to get swept away in the highly charged drama of Bach’s St John Passion, from the opening scene when Jesus is hunted down in the garden, through Peter’s denial, the tense dialogue between Jesus and Pilate during the trial, the High Priests and the crowd baying for blood, and finally to the crucifixion and burial. But as David Stancliffe reminded us in his introduction to tonight’s performance by the Bishop’s Consort, Bach’s music is underpinned and enhanced by his deep theological understanding of John’s Gospel, and by his own faith. The central message is that the suffering death of Jesus releases humanity from the bondage of sin; the victim bound to the Cross is in fact the victor. This idea of freedom is what Bishop David wanted us to see in tonight’s performance and his small group of mostly student singers delivered it convincingly, beginning with a punchy, excited Herr, unser Herrscher.

This energetic ensemble singing returned for the crowd scenes around Jesus’s trial, with the High Priests’ sycophancy mostly coming across very effectively in movements such as Wir haben ein Gesetz, a very spiteful Sei gegrüßet, and angular Kreuzige, although in some of these other choruses the singing was just a little too refined and nice. The chorales were sung simply, unfussily with a quiet inner glow, particularly In meines Herzens Grunde.

Threading together the story, Philippe Durrant was magnificent as the Evangelist and it was hard to believe that he was singing the role for the first time, as he was more or less off-copy, and seemed completely at ease with the text. He was engaging in the passages of straight storytelling (with a cheeky bit of extra weight on this bitterly chilly night for “Denn es war kalt”), and he blossomed with dramatic colour when required – his long run depicting Peter’s bitter tears went straight to the heart, and the destruction of the temple was terrifying, particularly as the orchestra matched his forceful delivery. But what really impressed me was his sensitivity at key points, such as the simple poignancy at the moment of Christ’s death. Another moment that really struck me, in the light of what Bishop David had said about freedom, were the words “From this time forth, Pilate sought how he might release him”; a line I’ve never thought about, but Durrant sang it with such expressivity that it underlined the theological significance of the chorale that follows, Durch dein Gefängnis (“Through this thy prison, Son of God, must come to us our freedom”), and the chorus echoed this with simple conviction.

As Christus, Florian Störtz was a serene and thoughtful complement to the turbulence of Durrant’s Evangelist. His Christus felt terribly vulnerable and fragile, particularly during the trial scene, weighted down not just by his physical pain but by the burden of carrying human redemption. Störtz then switched mood entirely for the bass aria, Eilt, eilt which was delivered with a real sense of urgency. Tenor David Booer sang a well-sustained Erwage, growing gorgeously through the long notes, and responding to the passion that came from Mark Caudle’s viola da gamba accompaniment. His earlier aria Ach mein Sinn was full of bitterness and remorse, expressed forcefully by both singer and orchestra.

Rosanna Wicks has a lovely, bright voice that was very well suited to both of the St John soprano arias: I’m told she’s a first-year undergraduate, and she’s definitely a voice that I will look forward to hearing more over the next few years. Her Ich folge Dir gleichfalls sparkled against a rich continuo line and legato flutes and she poured out the grief of Zerfließe, mein Herze in long, fluid lines. Cellist Deborah Thorne added particular emphasis to the word Tot, (death), and flautist Mary Tyers matched the vocal line very effectively. Alto Lewis Cullen was somewhat overpowered at times by loud oboes in Von den Stricken, but there was some very lithe ornamentation to enjoy in this aria. Cullen’s Es ist vollbracht set against the tenderness of the viola da gamba was very lovely and he created an exciting contrast when he exploded triumphantly onto the central section “Der Held aus Juda”, before sinking back to even greater sadness for the recapitulation.

The final chorus and chorale nicely summed up this St John. Ruht wohl didn’t linger on tragedy, but contained within it a sense of quiet accomplishment, as the singers again delivered the message of freedom, before giving a fleeting glimpse of heavenly glory in the closing chorale.

You can hear Philippe Durrant as the Evangelist and several of the other soloists again on Sunday 25 March when Durham Cathedral Choir perform the St John Passion with the Avison Ensemble. Details below.

Bach the theologian was at the heart of a small-scale St John Passion that shone with triumphant glory, sung by the Bishop’s Consort, directed by David Stancliffe.

PrevPreviousCelebrating Durham Music Service
NextMedieval music on Mount EtnaNext
Music in Durham brings you classical music listings, previews, reviews and news for Durham, with a bit of random blogging thrown in. The concert listing pages bring together classical music events from across the City and the University, so whether you’re looking for a great concert to go to, or if you’re planning something and want to avoid clashes, this is the place to look.
Menu
Twitter Facebook-f Envelope