The Clerks: Three heads, One tale 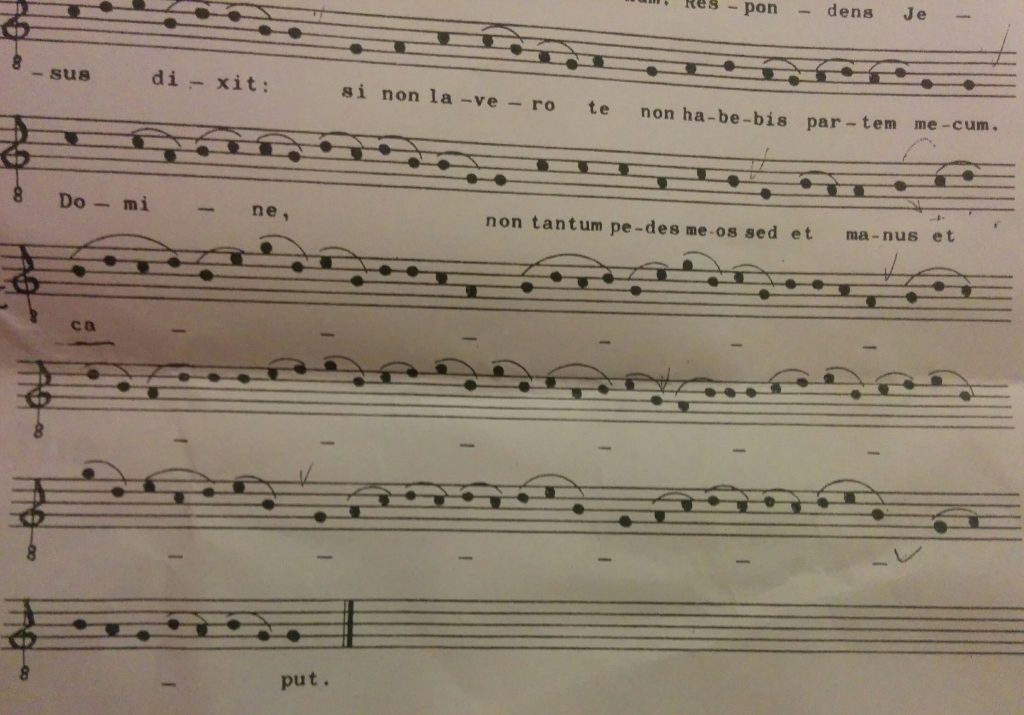 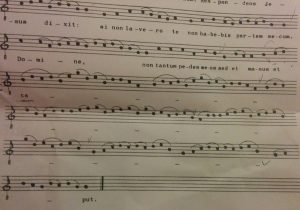 Sometime in the mid-fifteenth century, an unknown English composer sat down and wrote a mass setting that revolutionised the world of church music. As was common practice, the music in the Caput Mass was structured around a bit of plainchant, known as a cantus firmus, but what was new was that this composer used the same plainchant tune through all the movements of the mass and added a freely composed bass line underneath. The additional bass line allowed greater harmonic possibilities, whilst the consistent use of the same plainsong to underpin each movement consolidated the disparate mass movements into a single compositional unit, eventually giving rise to the great mass settings of the late Renaissance. The Caput Mass and its original fragment of plainchant formed their own cantus firmus threading through the programme of last night’s Musicon concert by The Clerks, with their director Edward Wickham talking us through their significance.

Before getting onto the mass itself, The Clerks set the scene with two motets by John Dunstable, Veni Sancte Spiritus/Veni Creator and Quam pulchra es. The harmonies of this period can sound quite sparse, even bleak, to modern ears, accustomed as we are to richer textures, but the Clerks sang these opening motets, and the rest of the programme, with a warm and fluid tone, particularly from the two altos, Cathy Bell and Ruth Kiang, that softened the sharp edges of the tonality. Quam pulchra es, sung by a trio, was intimate and sensual, with subtle touches of ecstasy. The group are lightly conducted by Wickham, but it was clear from these opening motets that the group operate with an extraordinary degree of communication and trust between the singers.

To introduce the Caput Mass, the group sang the plainchant Venit ad Patrum from which  the cantus firmus was taken. It comes from the English Sarum Rite, rather than the more familiar Gregorian chant, and is unusual in that it covers quite a wide vocal range – nearly an octave and a half – and the final word, caput is a long, elaborate line running over four lines of printed music. It was this word, “caput” (head), that gives the Caput Mass its cantus firmus and its name, and indeed gave rise to the punning title of the Clerks’ programme. I was pleased that not only did the Clerks hand out photocopies of the chant so that we could follow it, they also allowed us to sing the caput section ourselves, which really gave a me a sense of how odd it is: there was a surprising F-natural that didn’t seem to fit, and unusual repeated patterns of falling fourths.

The Clerks sang the Kyrie from the English Caput Mass, along with two movements from masses by continental composers that used the same cantus firmus: a Kyrie by Ockeghem and an Agnus Dei by Obrecht. I enjoyed the smooth and supple singing in the English Kyrie, particularly in the quieter passages, and found myself absolutely absorbed in the intricacies of this setting. Ockegham moves the cantus firmus to the bass line, and the oddities of the caput tune, particularly those falling fourths makes the piece feel harmonically unsettled.

We also heard two motets to the Virgin by Ockegham, Ave Maria and Salve Regina, with lovely sonorous, low bass lines from James Arthur and Edward Wickham. Salve Regina was particularly expressive, the Clerks giving full colour to the text, ending with poignant separated phrases and a ringing brightness on the final chord.

The style of composing pioneered in early fifteenth century England was extremely popular in Europe, and many manuscripts were preserved in European libraries. The Caput Mass itself was long thought to be by Dufay, until some serious and laborious musicological detective work identified the English chant, which along with other distinctive English elements in text and harmony resulted in Dufay’s attribution being removed (this was the “tale” part of the concert title). The Clerks did, however, sing two pieces that were definitely Dufay, taken from either end of his career. An early work, Vasilissa, ergo gaude, written for the betrothal of the princess of the Rimini, was the only secular piece on the programme. This bounced along cheerfully, sung with lots of spirit and a lightness of touch. Dufay’s Ave Regina was considerably more serious, as the composer wrote it with the intention that it be sung at his deathbed – the text includes the words “Pity thy supplicant Dufay and let his death be lovely in thy sight”. Compared to the early Dufay, the harmony has grown considerably richer, allowing greater expressivity. The Clerks moved through quiet rejoicing, through to a heartfelt prayer for salvation, and Dufay’s own plea for a good death was extremely moving. We weren’t told whether he achieved his wish of hearing this on his deathbed, but I hope he did because this piece would be a wonderful way to bring life to its close, especially if sung with the high vocal quality and quiet passion that The Clerks gave it. 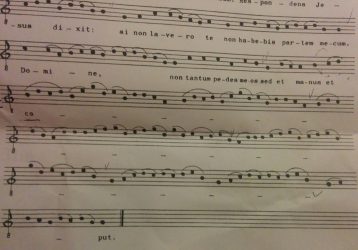 PrevPreviousOpera dei Lumi’s enlightening Messiah
NextWhat’s newNext
Music in Durham brings you classical music listings, previews, reviews and news for Durham, with a bit of random blogging thrown in. The concert listing pages bring together classical music events from across the City and the University, so whether you’re looking for a great concert to go to, or if you’re planning something and want to avoid clashes, this is the place to look.
Menu
Twitter Facebook-f Envelope